There are lots of special places that have the characteristics to become spiritual power spots. Usually a shrine or sacred spot, but I heard on my trip around Niigata about Yahiko village. A whole power spot town in this corner of Japan. 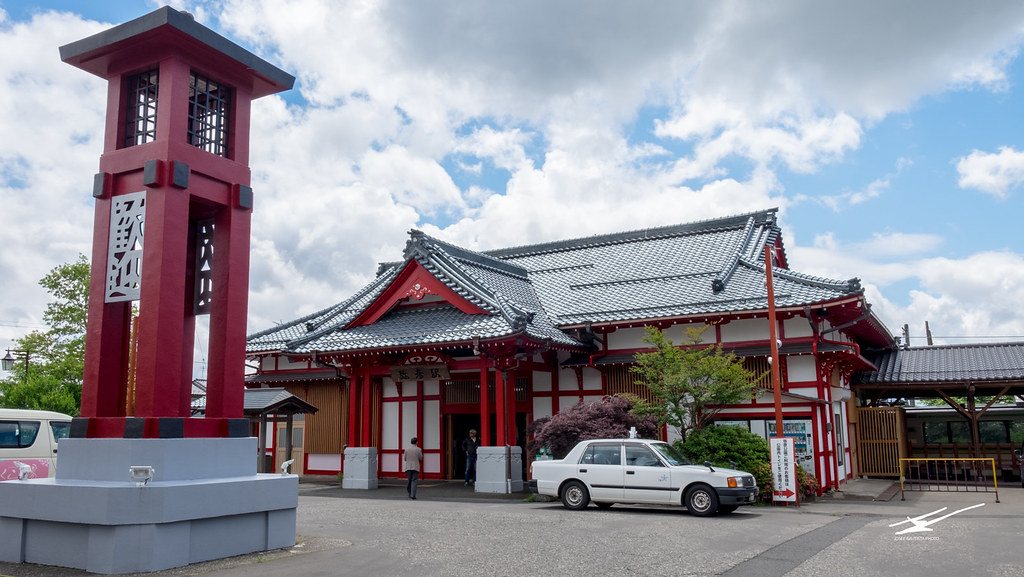 To be considered one of the most sacred Shinto shrines in Japan, legend says that one of the most ancient gods decided to establish here. The grandson of Amaterasu, Ame no Kagoyama no Mikoto, and helped to improve and rise the Echigo province, taught fishing and agriculture. to their residents Yahiko is known for their sake quality, the rice and agriculture. Located at the Eastern side of Mount Yahiko, this small village of central Niigata prefecture developed around the grounds of Yahiko shrine. Originally built more than 1300 years ago, the renovated shrine structures date from beginnings of the 20th century. The grounds of the shrine are surrounded by 400 and 500 year old cedar trees, creating an atmosphere unique in the area. The cedar avenue to the shrine fills your lungs with pure air and ancient nature.
One of the treasures lodged in Yahiko shrine is a 2.2 meter long sword named Shida no Otachi, the longest and only one in Japan, included on the list of Cultural Property of Japan. Besides tha main shrine, the honten, there are other smaller shrines. The Sanshu-den is a small part of Yahiko shrine where are many altars.

One of the particularities in Yahiko shrine are the light-heavy stones. A local villager from Yahiko saw me wandering around the grounds of Yahiko shrine, taking pictures, and asked me if I tried already to lift my destiny luck. With that said, I couldn’t resist to ask about the meaning of her words. Then she told me that in one corner of Yahiko shrine there are to big stones. Depending on your spirit power, when lifting one of the stones you’ll feel it’s light or heavy to lift. If you feel its wight to be light, you’re spirit is strong and you’ll push your luck for good things. Then, acting in consequence one has to behave towards acquiring the spirit power needed to push your luck. Before trying it myself, I observed few people trying to lift the stones, to see which one was supposed to be lighter, but surprisingly, after observing more than 10 people trying, their opinions were completely different. I lifted the one almost everybody agreed it was heavy, and the result was… Something you have to try for yourself. 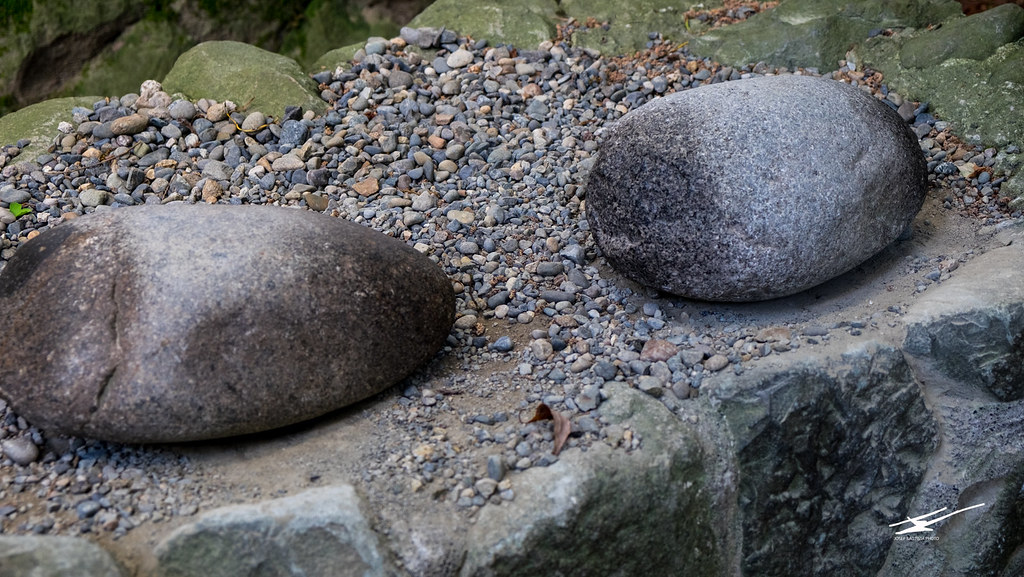 From Yahiko village, to get more scenic views of both sides, the Yahiko ropeway is the best option. From top of Mt. Yahiko (634 Meters) the views of the Niigata plain from one side, and the Sea of Japan from the other. On the top, there are few hiking trails to try. On real clear days, the island of Sado can be seen from the top of Mt. Yahiko.

The small town progressed around the Yahiko shrine. From the station to the shrine there are few craft shops and restaurants. Don’t wait until last hour to get a seat in a restaurant, as they close early. In the morning, for a bite to go, you can try the local specialities, like Panda-yaki (a small bun with the shape of Panda) or the Ikamenchi (meanced fried squid). For lunch, the local restaurants offer the best seafood in the area, and the must eat Wappa meshi, a Niigata speciality, consist of a meal with rice in a container (wappa) covered with seafood, usually sashimi. Yahiko village is also known for a hot springs location. Many of the ryokan in the area have their own hot springs, and few onsen are on their own. 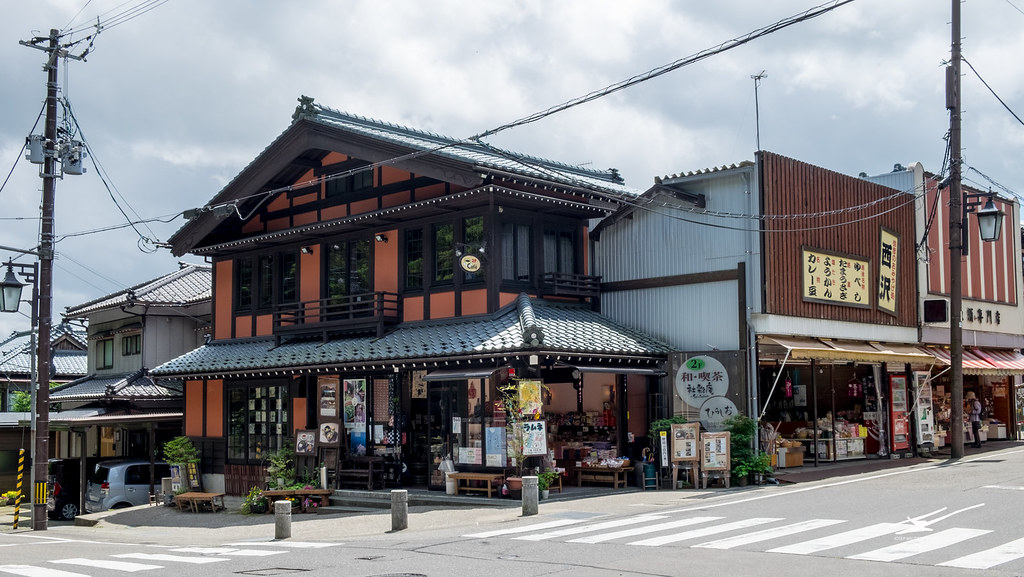 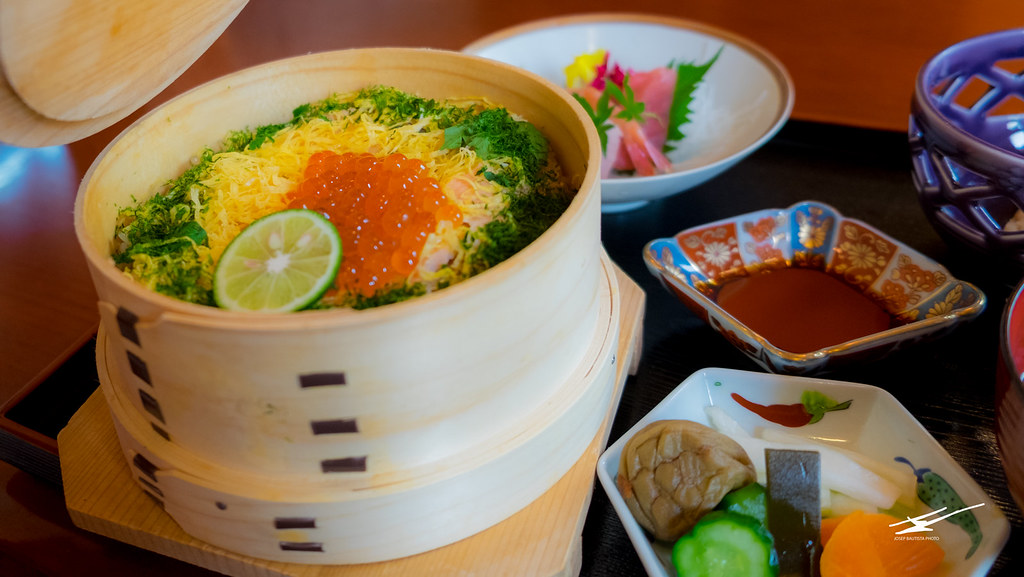 Though I was there during summer time, the park was really colorfull and alive. The feeling that one can enjoy the four seasons in the park is obvious from the first step into the park. Known for the maple valley, the park is specially crowded during the Momiji season in Autumn. The park is right next to the Yahiko station, and it was a good idea to wander around at the end of the day, whilst waiting for the next train back to Niigata, instead visiting first.

How to get there (from Niigata)

If you’re holding the JR Pass, it’s only about 1 hour ride from Niigata. From Niigata station take the Echigo Line to Yoshida station, and transfer to Yahiko Line. The best combination to visit Yahiko in one day is to be on the train station at 9AM, and to come back from Yahiko village a bit before 5PM, if you’re staying in Niigata city.