Kyoto most famous district, located between Yasaka Shrine and the Kamo River. Walk around Gion and wander with traditional shops, restaurants and teahouses, where Geisha and their apprentices, named Maiko, entertain the visitors and clients with traditional music and performances, whilst enjoying japanese haute cousine. Head to the main street Hanami-koji and enjoy the streets of Gion. 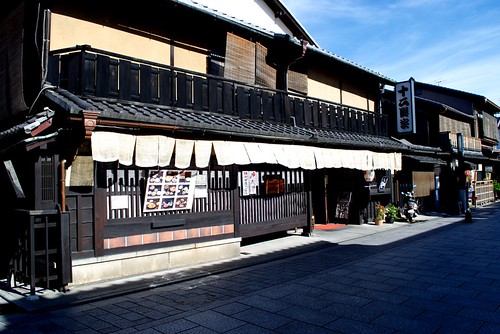 How to get there
By bus, number 100 or 206 and drop off at Gion. By train, Keihan line and stop at Gion Shijo station, or Hankyu line, stop at Kawaramachi station. From any of the options is just a short walk to Gion. There are many other places to visit, don’t forget to check out what to see on a day in Kyoto. 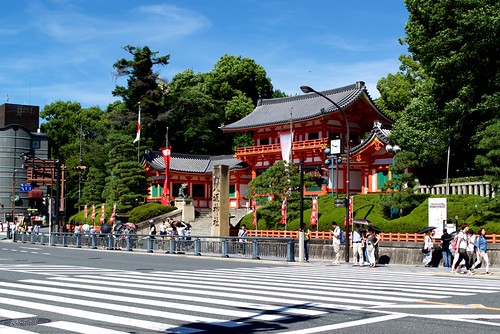 The reason behind the large number of tourists visiting Gion is due, in fact, for the chance to see a geisha or maiko on the streets. Fun fact, I’ve seen maiko in many different places in Kyoto, but never in Gion. Disturbed on their way to a teahouse or just by walking, geisha and maiko are approached and annoyed by paparazzi tourists. Try to be respectful if you spot a geisha, as they have to deal already with dozens of tourists on a normal basis, even making it difficult for everyone around. Sometimes the flow of tourists is so large, even the police shows up during peak hours to help and prevent from tourists to approach them. 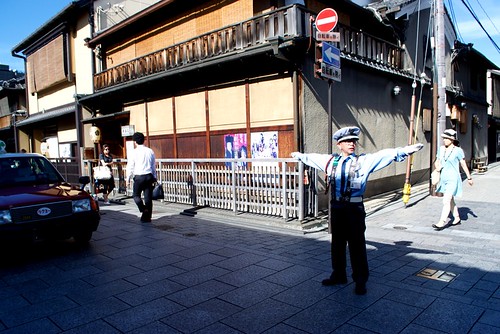 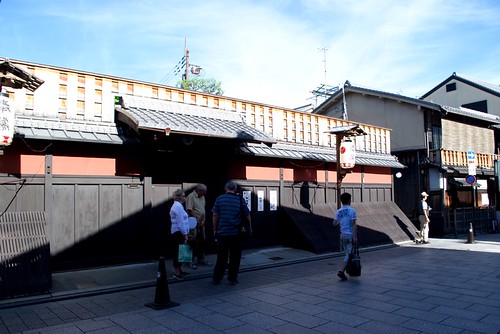 As an example, last summer with another two friends geared up with our cameras headed to Gion. Plenty of tourists as expected but still quite a good time to go. On our way, the three of us spoted a japanese girl wearing a kimono, and my friends pursued her a bit and asked for a picture. It was a good chance to take a traditional portrait in Gion. I took the photo you see next from behind the scenes. To our surprise, on the next corner there was a large group of chinese tourists that ran all teh way to our position and started their nonsense rude behavior taking way too many pictures of the girl in kimono that was trying to continue her way. We tried to calm the situation and explain in english but they literally ignored us untill a police officer arrived and dispersed all the chinese tourists. I felt so sorry for the lady I had to apologize to her. 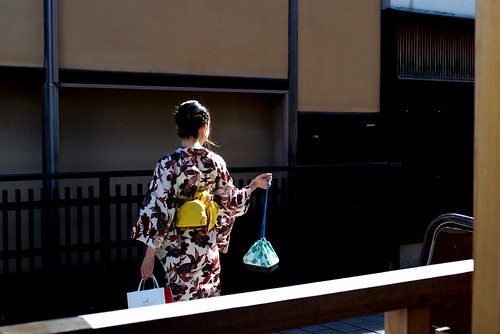 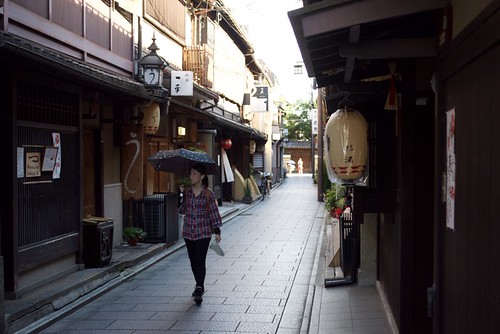 Side streets of Gion, Kyoto. 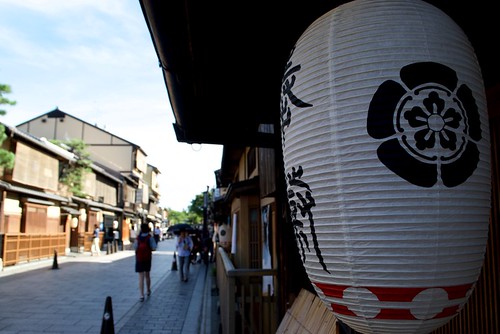