Tokyo Dome City is one of my favourite places in Tokyo, and also the first place I visited on my first trip to Japan with some friends back in 2009. After 5 years, I made it back to Japan and studied in a japanese school. Thanks to that first impression I got from Japan on my first trip, I fell in love with Tokyo, so here I am. (I used to live in Shinjuku East, about 5km to Tokyo Dome, perfect distance for a run or to go there cycling anytime.)
What’s in Tokyo Dome city? First thing that comes to mind is Tokyo Dome. World’s largest roofed Baseball Stadium and home of the Yomiuri Giants. 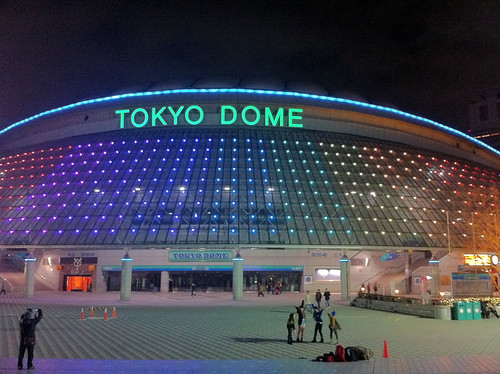 Shopping mall, spa center, roller coaster, kids attractions, food court, shops and more are in tokyo Dome City. A friendly recommendation, do not plan to go there late at night, as around 10PM almost everything is closed, and on weekends al restaurants are packed with people, waiting outside to get the last table. 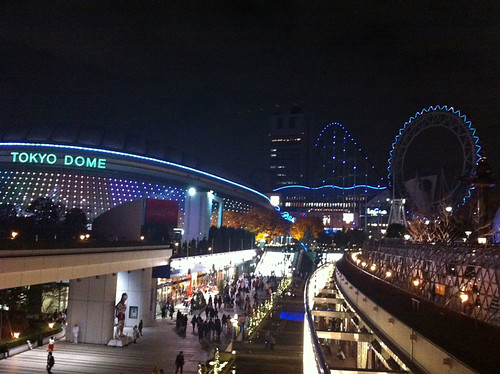 Tokyo Dome City, a large entertainment place in the heart of Tokyo. 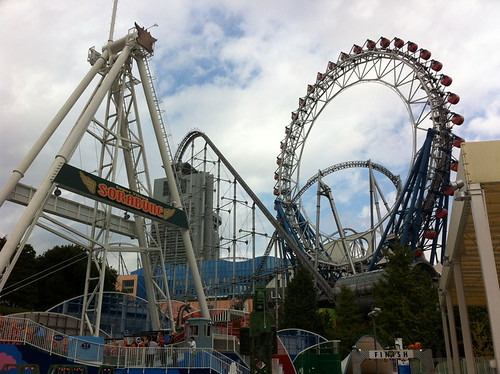 Attractions for all ages in Tokyo Dome City 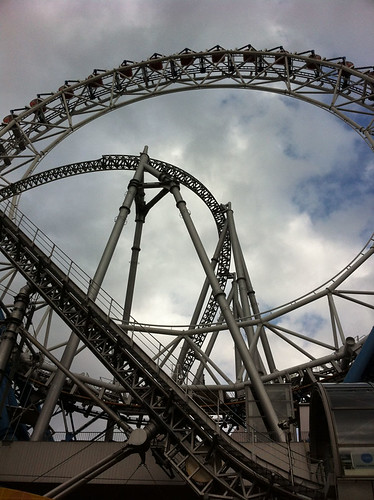 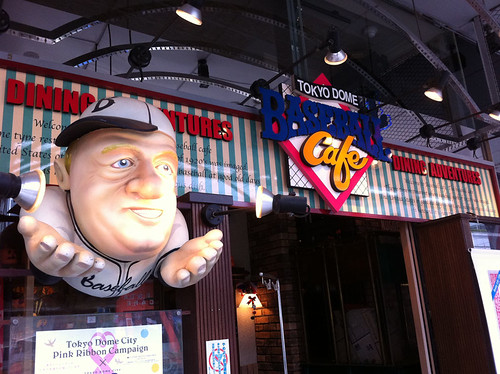 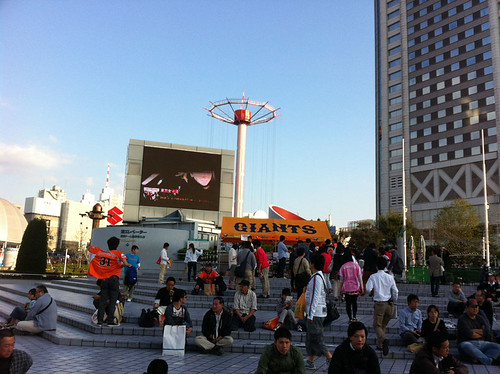 Before a Giants game in Tokyo Dome.

Only been once inside Tokyo Dome, for the Furusato Matsuri in January 2015, food festival from all regions in Japan. 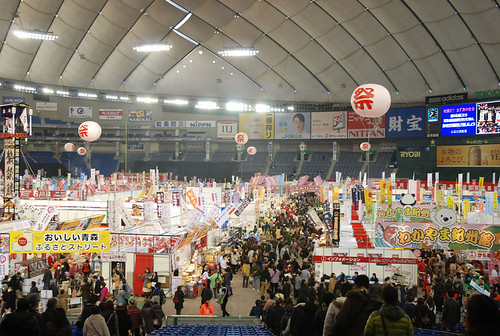 Inside Tokyo Dome, during Furusato Matsuri. 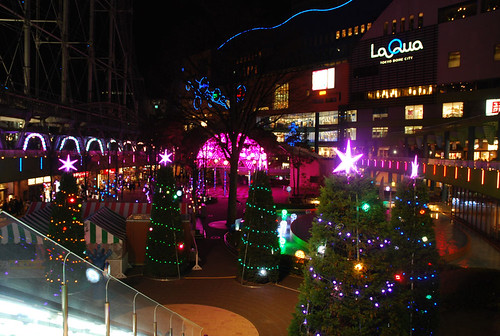 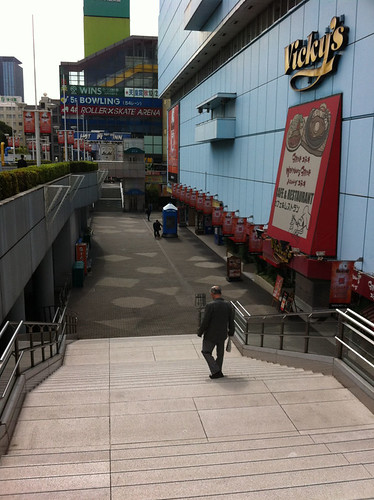 Both Korakuen Hall and Tokyo Dome had appeared in several manga and anime, including Hajime no Ippo (my favourite), Ashita no Joe and Miracle Giants Dome-kun. 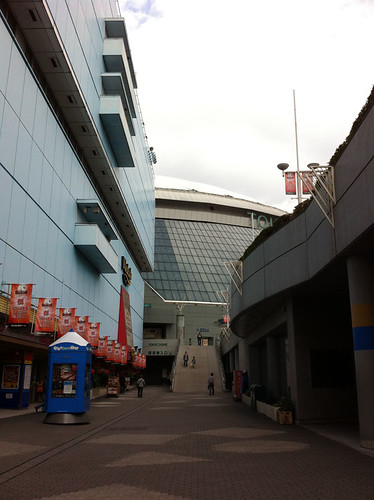 Cosplay and Jump shop
Tokyo Dome City had become a popular place of reunion for cosplayers on weekends, where you can observe them photoshooting with all the tools, adopting different poses and aiming for the best shot. Could be because Shonen Jump shop is in Tokyo Dome City? the popular manga magazine has its own shop in Tokyo Dome City, where they have all kind of merchandising and the latest issues of the editorial blockbusters, like One Piece, Bleach, Gintama, or Kuroko no Basket among others. 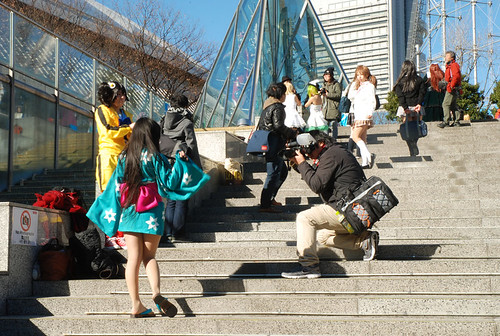 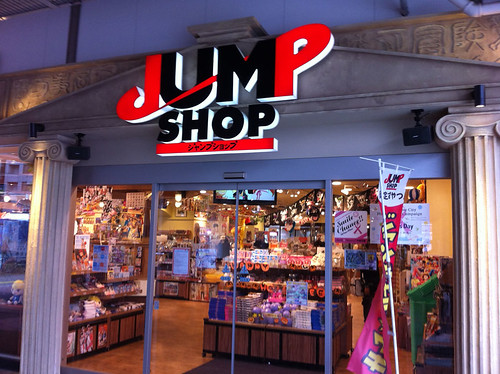 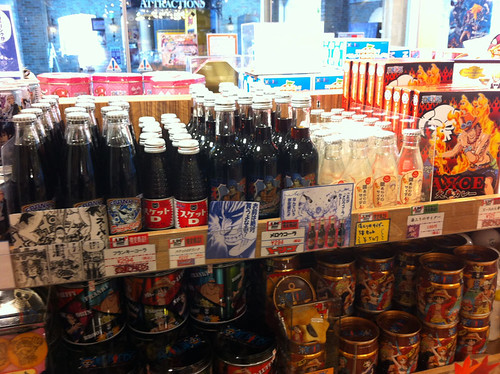 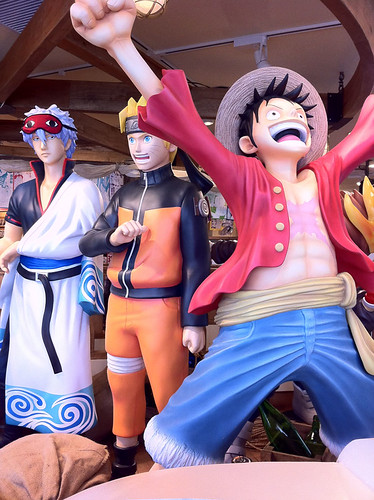 The blockbuster series have a special place in Jump Shop, Tokyo Dome City.

Be it because you like sports, manga, you’re a cosplayer, shopping addict, or you plan to go on a date, at Tokyo Dome City all of it is possible!!