Back to our travel bloggers adventures from Tenerife, I had the chance to participate in many of the activities. I have to recognize I was an ignorant of what was awaiting us in Tenerife, and one of the things that I was looking forward to, was to explore the city that accommodate us for a few days. Santa Cruz de Tenerife, and the small town north of the capital, San Cristobal de la Laguna. 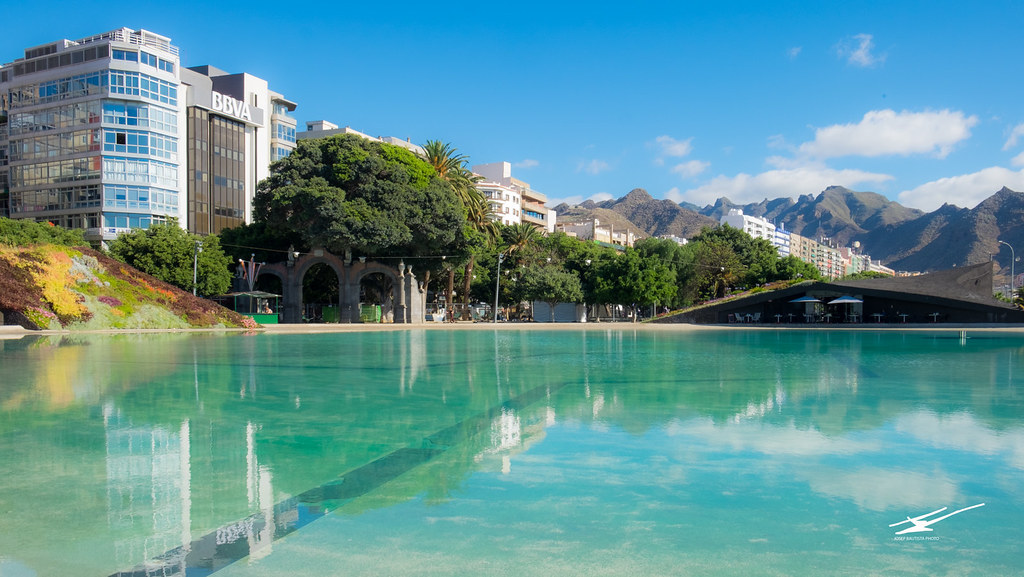 The artificial lake in Santa Cruz de Tenerife was our starting point for the guided tour.

Our guided tours
During the TBMTenerife we had the chance to choose our favourite activities from a complete program. I couldn’t leave the place without exploring it so I took al the city tours from the list. The guided walking tour through Santa Cruz de Tenerife took us from the center, to explore the streets and stories of the capital. The city center is packed with historical buildings, like the Guimerá theatre, the church Matriz de la Concepción, or the main and visible landmark of the huge cross in the capital center. An iconic monument for the fallen during the Civil War in Spain, for the victory side of the war during the postwar ordered by the new forces of the Spain dictatorship. The city conserves a lot of symbology of that dark past history and many other War memorials from those times. Our morning tour finished in the colorful local market of La Recova, with a local wine tasting. Right away, we had to ride on the streetcar to San Cristobal de la Laguna, a small town north from the capital. Again, the streets are colorful like in the capital, but the architecture designs, wide buildings and streets, are amongst the reasons that made this a special town, to the point to be included as UNESCO World Heritage Site in 1999. The interior “patio” of many of the buildings of the historical center are open to visit, and our guide filled our brains with dozens of stories of the town. 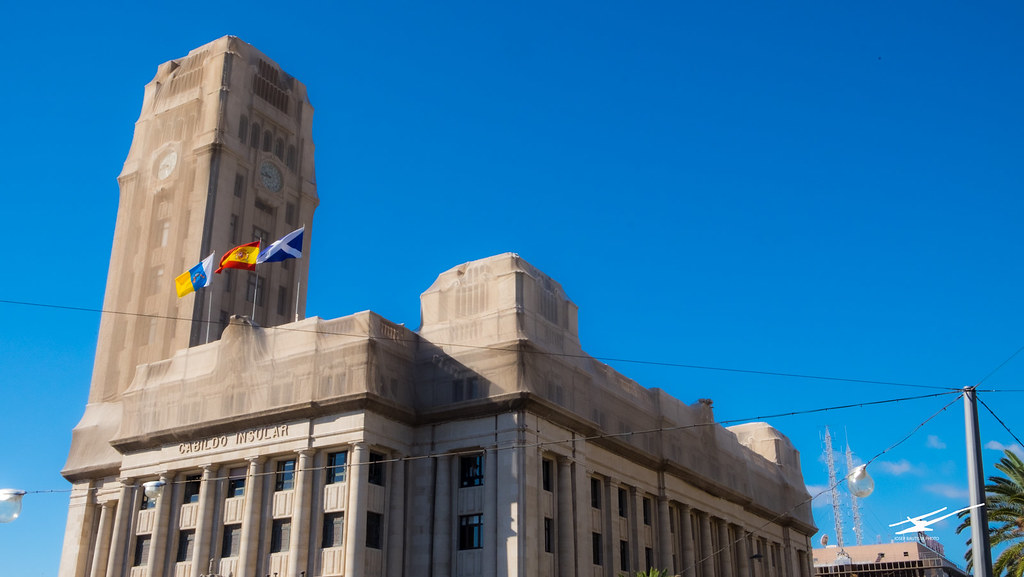 Cabildo insular, is the governing building of the islands, it was under restoration works as for its architecture importance and conservation. 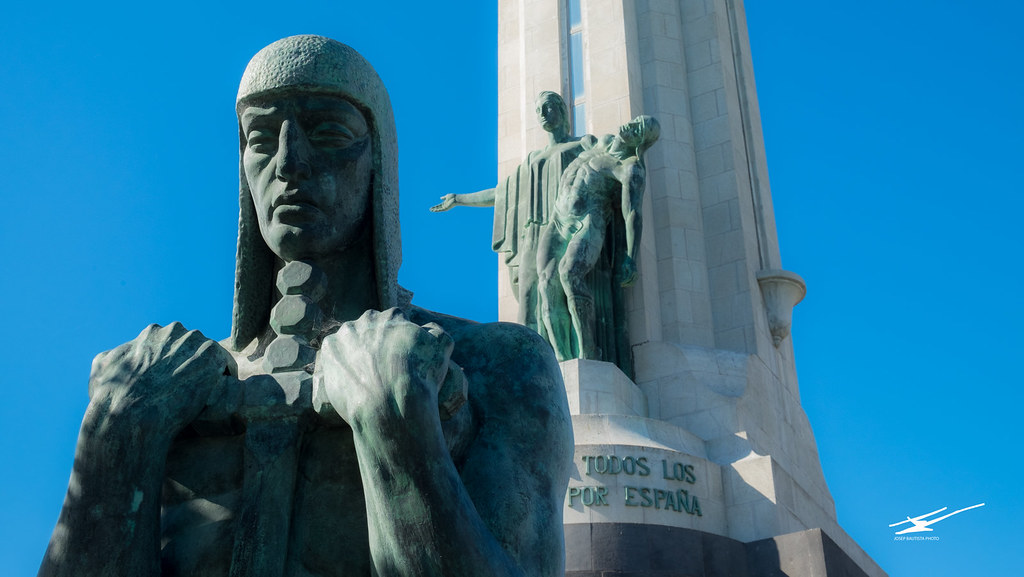 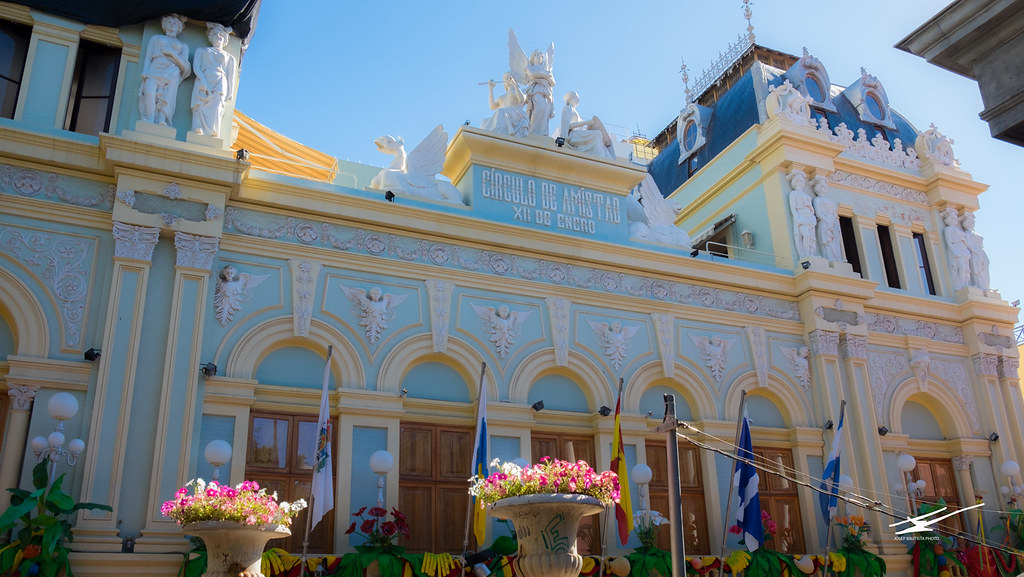 Historical buildings like the Circulo de Amistad are well conserved from centuries ago and still operative. 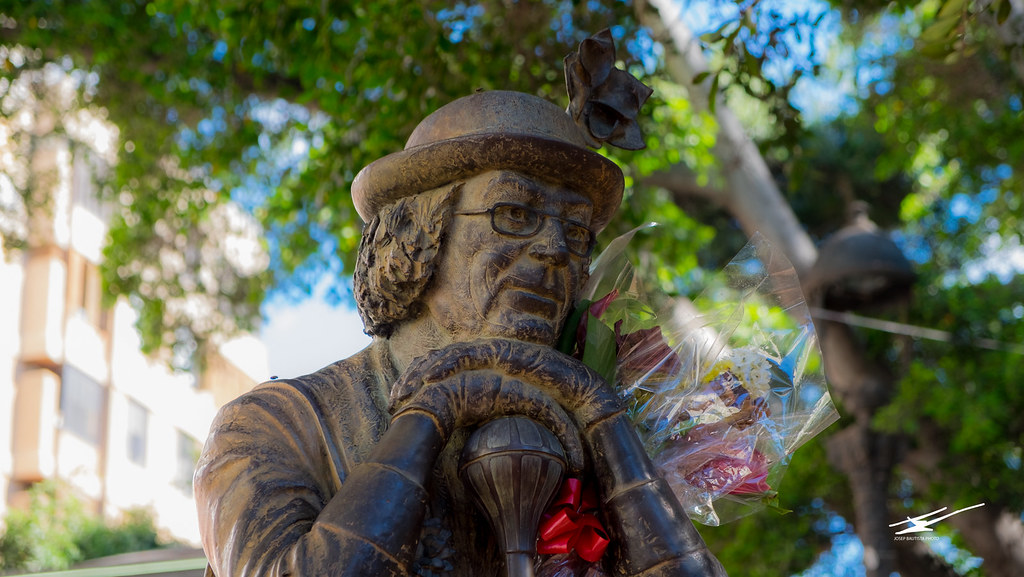 Statue of Enrique Conzález Bethencourt, one of the most relevant figures of Carnival festivals in Santa Cruz de Tenerife.

How to move around
From the center, distances are relatively close. Within 30 minutes one can be walking in almost any point of the capital city from the center. For those not willing to walk, or prefer to use public transport, the alternatives are the guagua (public bus) and the streetcar. From the Tenerife North airport, it costs €2,65 by bus to Santa Cruz de Tenerife. We took the streetcar from the market to La Laguna. 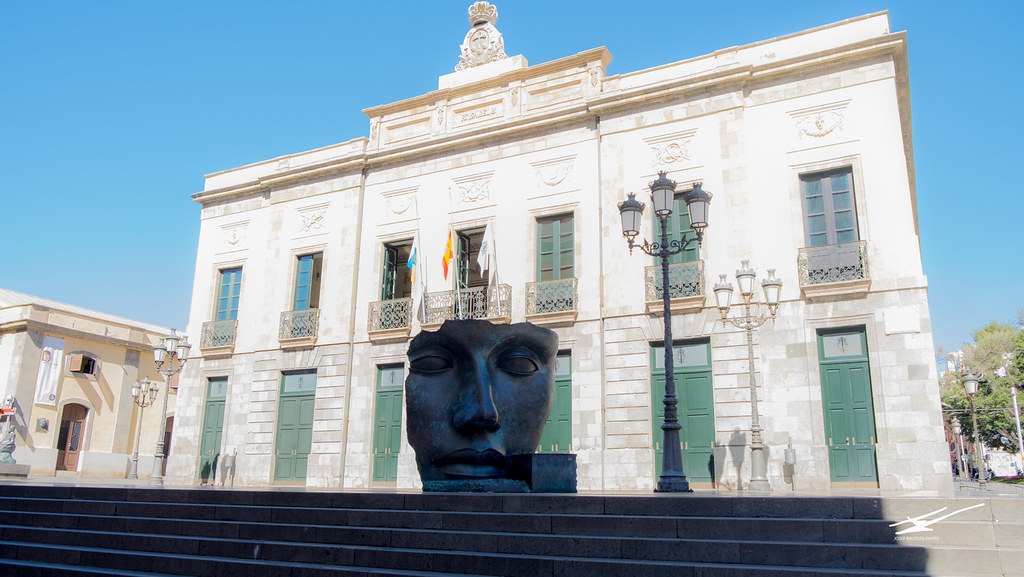 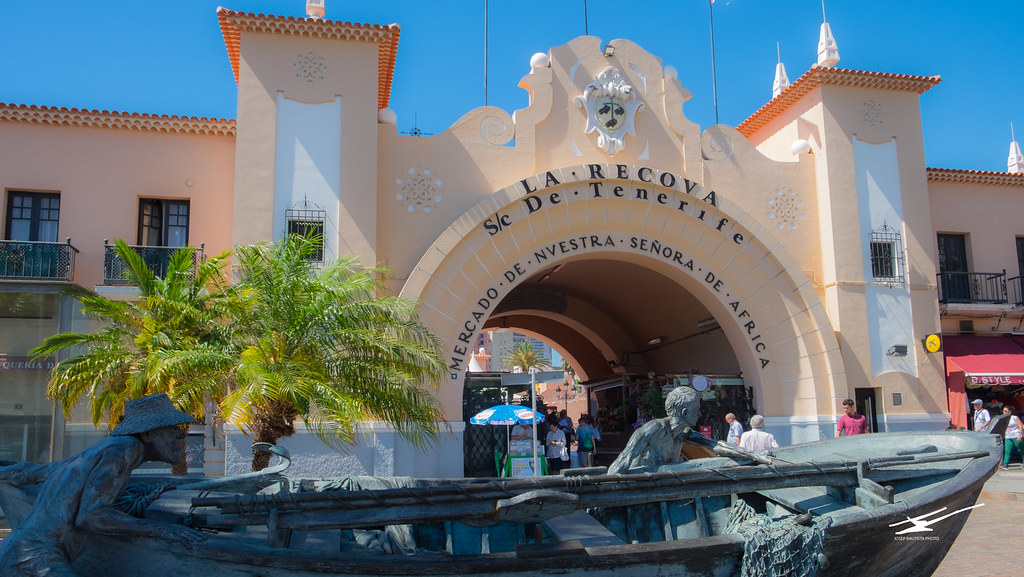 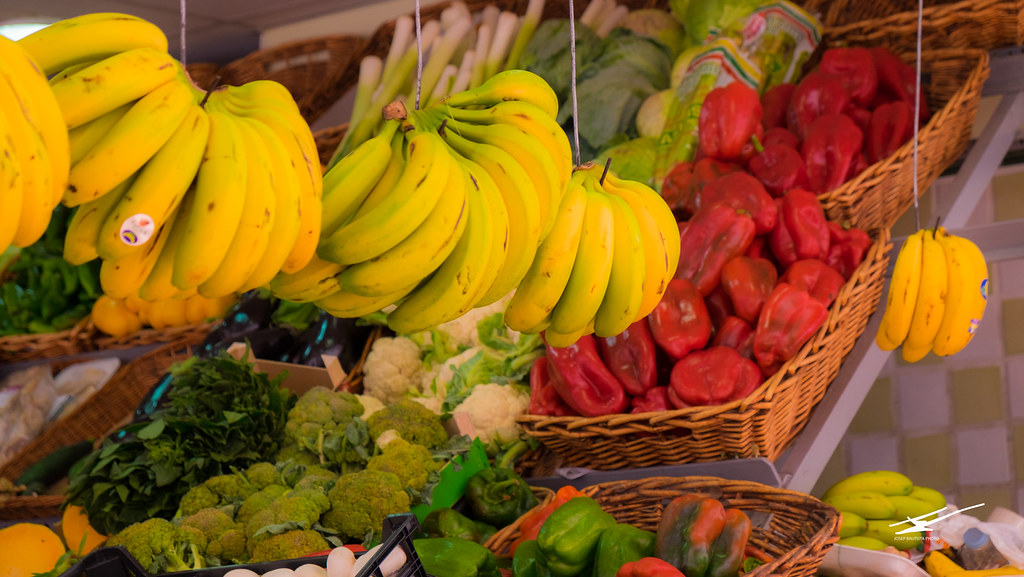 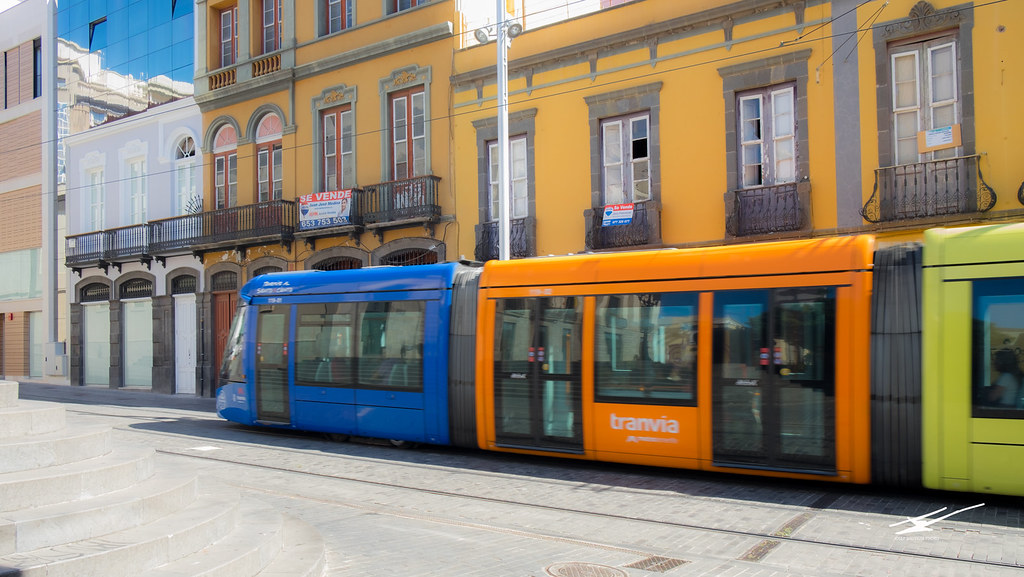 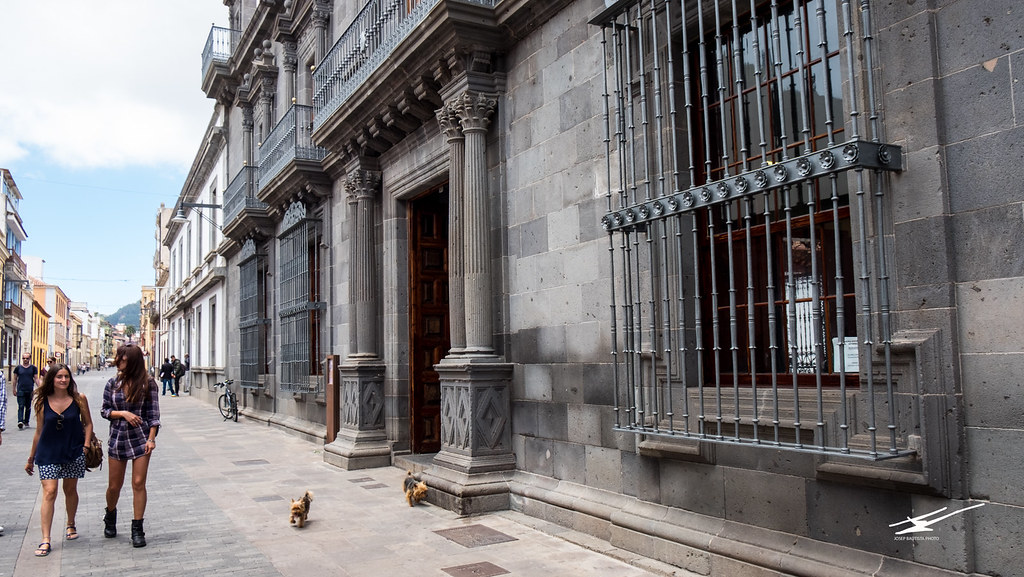 Having a feast in a Guachinche
Guachinche is the name for local restaurants in Tenerife. Traditional food from the islands usually in old houses. Nothing better to enjoy the experience like a local, and for any budget. We stopped after the tour at Bodegón Viana. The meals and rations are considerably big, and the prices affordable. Kudos for the Papas arrugadas with the mojo sauce, but all was excellent. Almogrote, Escaldón, or Carne Fiesta became a favourite. So good we came back few days later for a farewell meal feast. 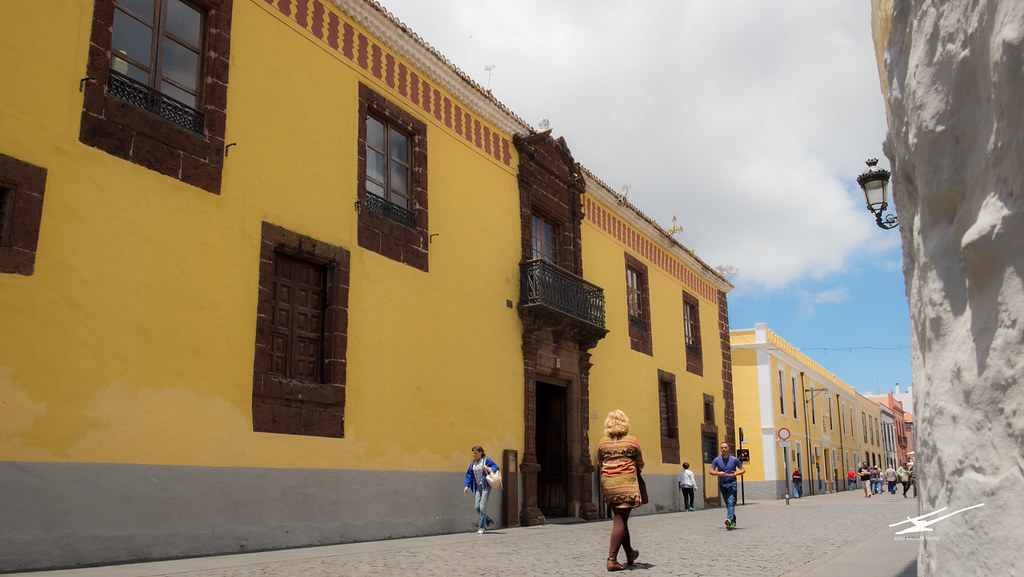 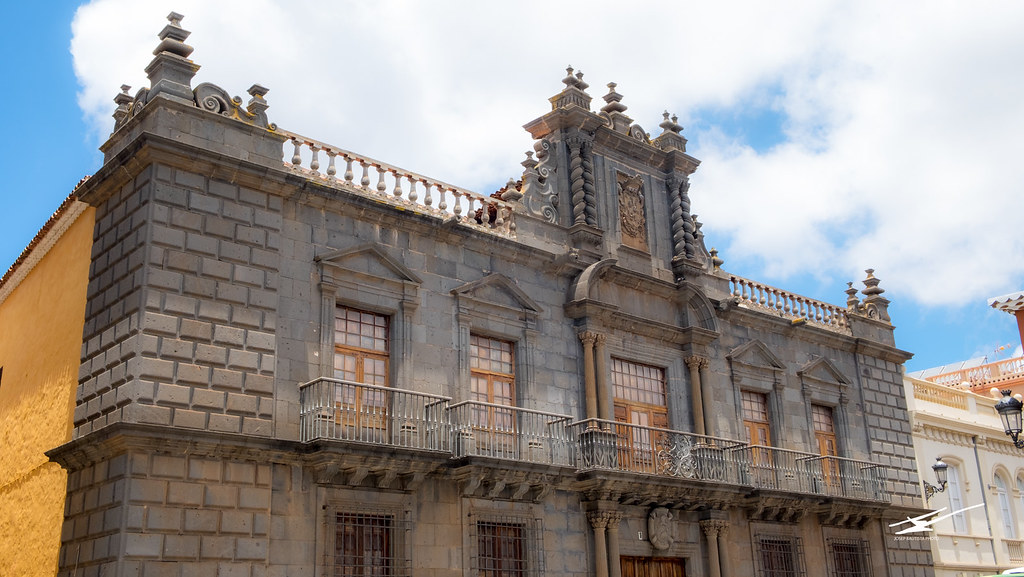 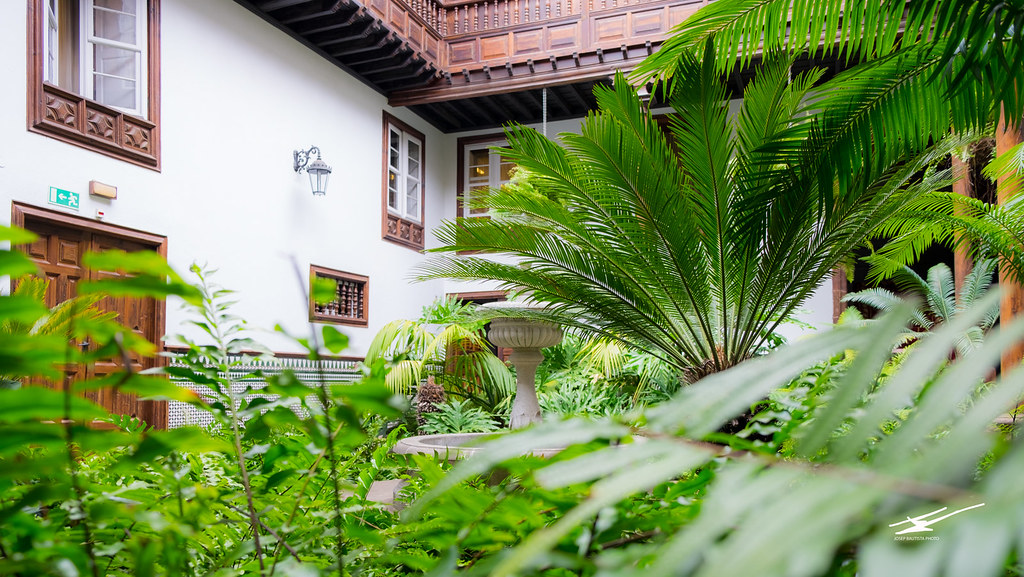 Interior “patio” of one of many building to visit in La Laguna. 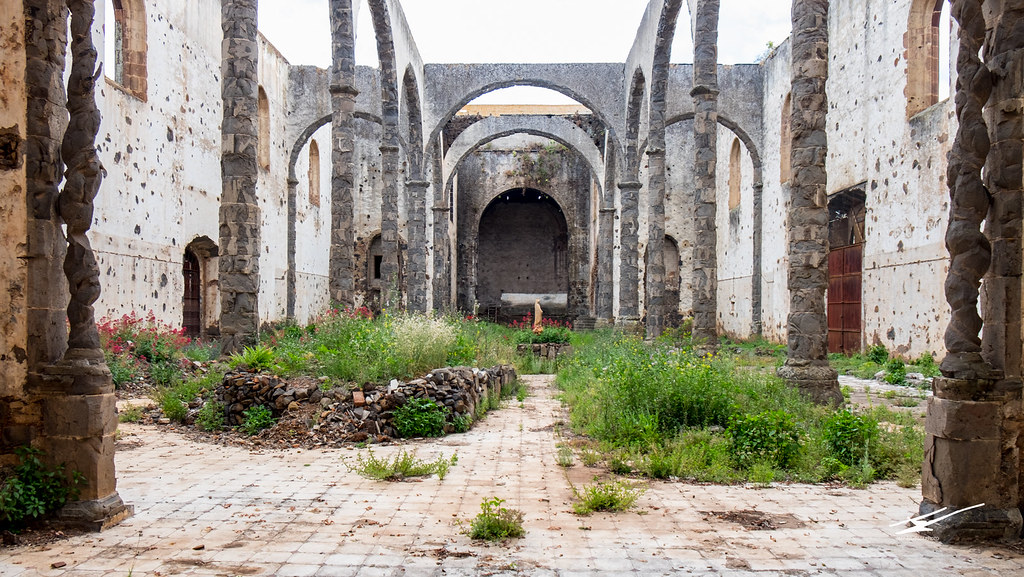 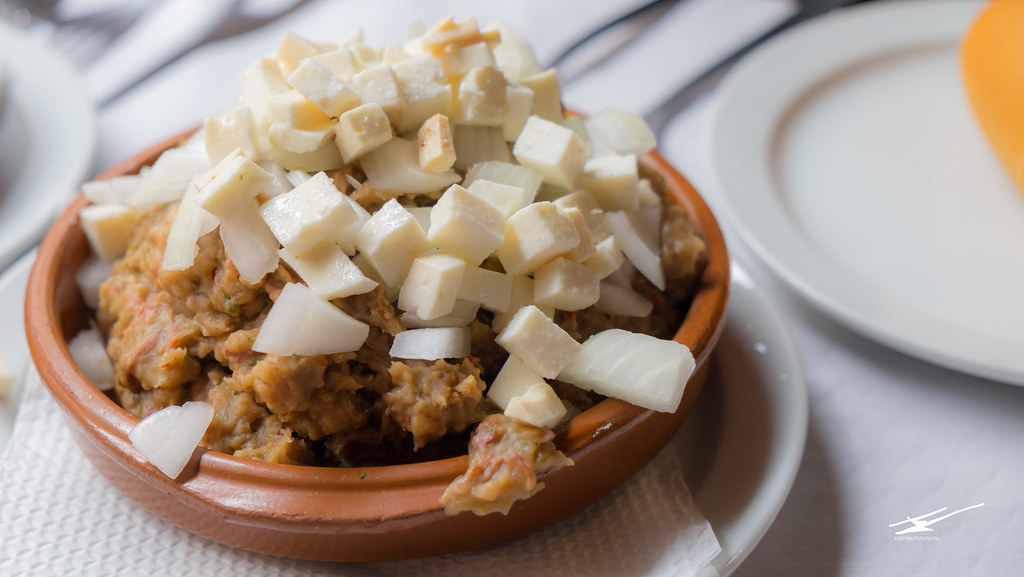 Escaldón, regional food made with gofio. 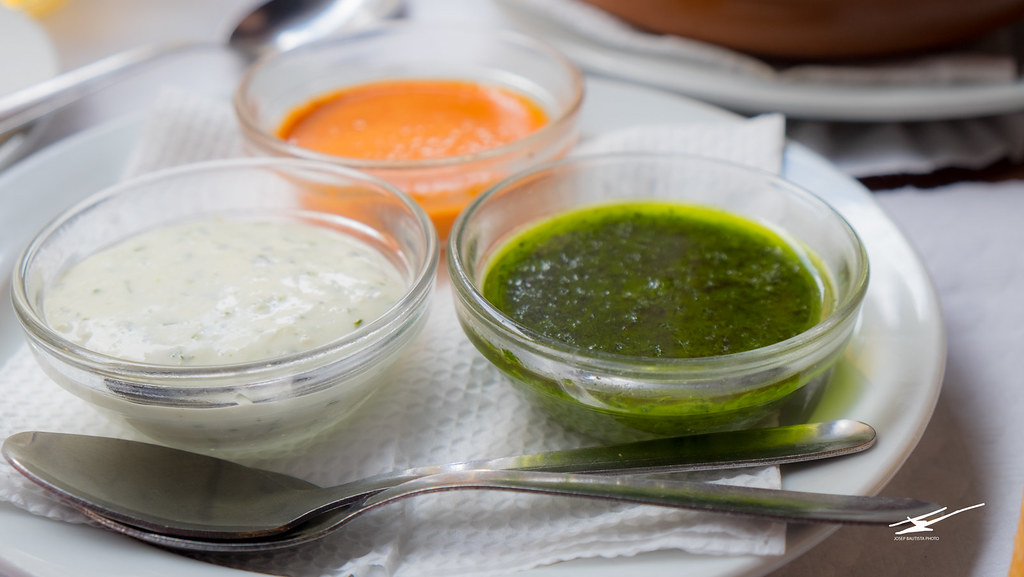 the mojo sauces for Papas arrugadas. 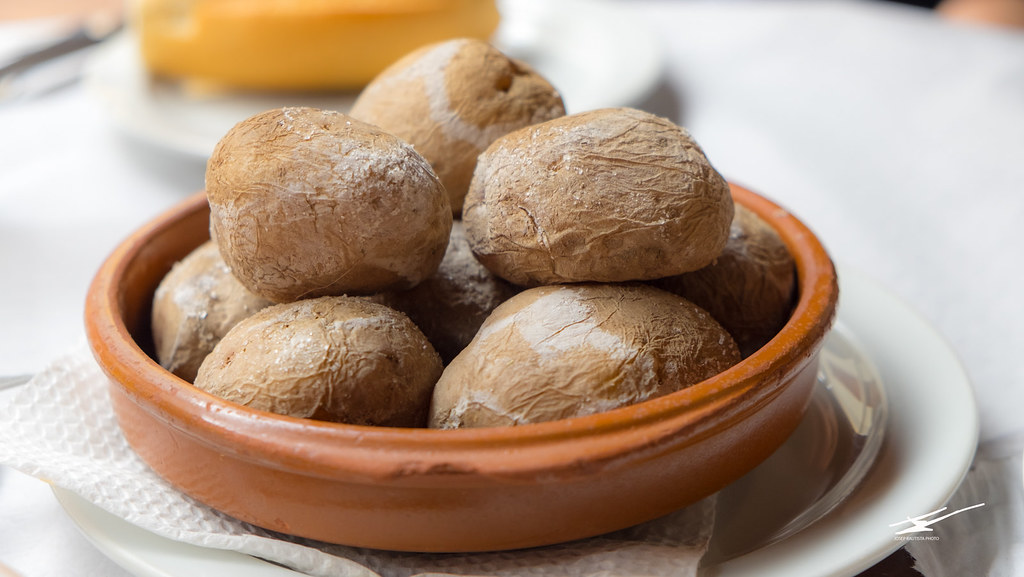 The famous and delicious Papas arrugadas.

Tenerife Carnival style
At the closure dinner for the TBMTenerife, the whole family enjoyed a taste of gastronomy and culture at Strasse Park, a restaurant and terrace in Santa Cruz de Tenerife. The carnival costumes and winners from past editions were there for everyone to take a glimpse and feel a bit of the carnival, with the traditional music of the festival. 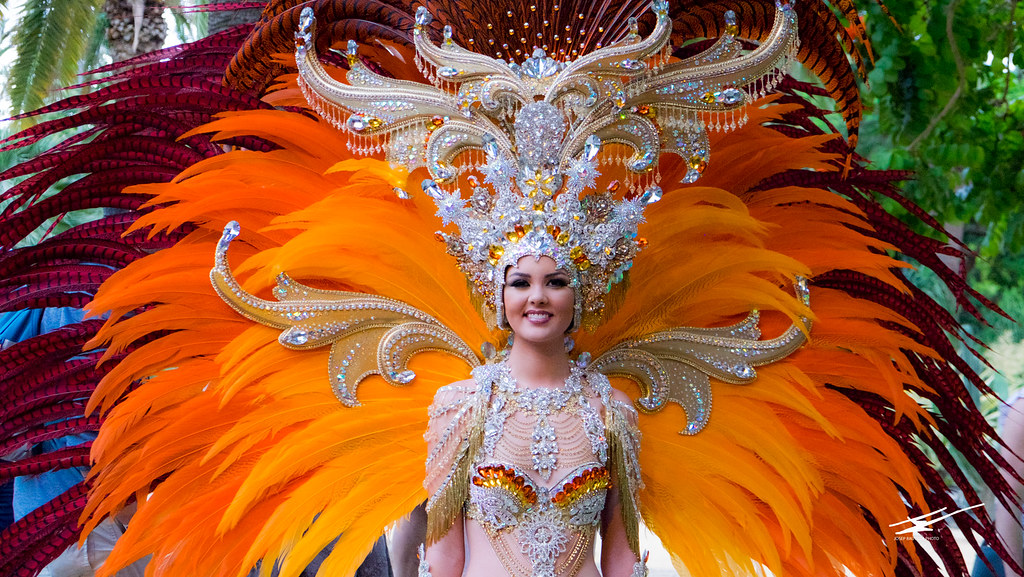 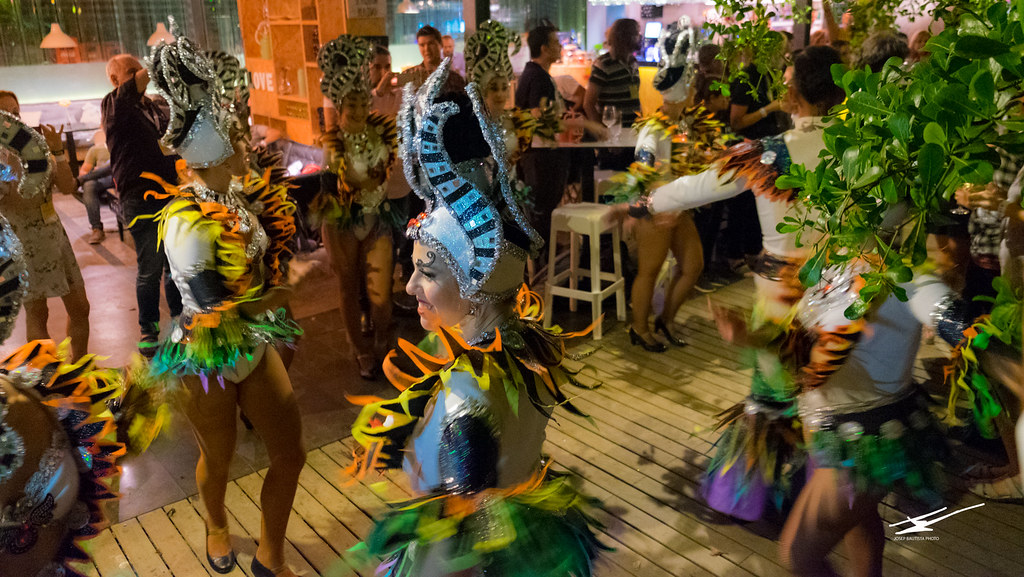 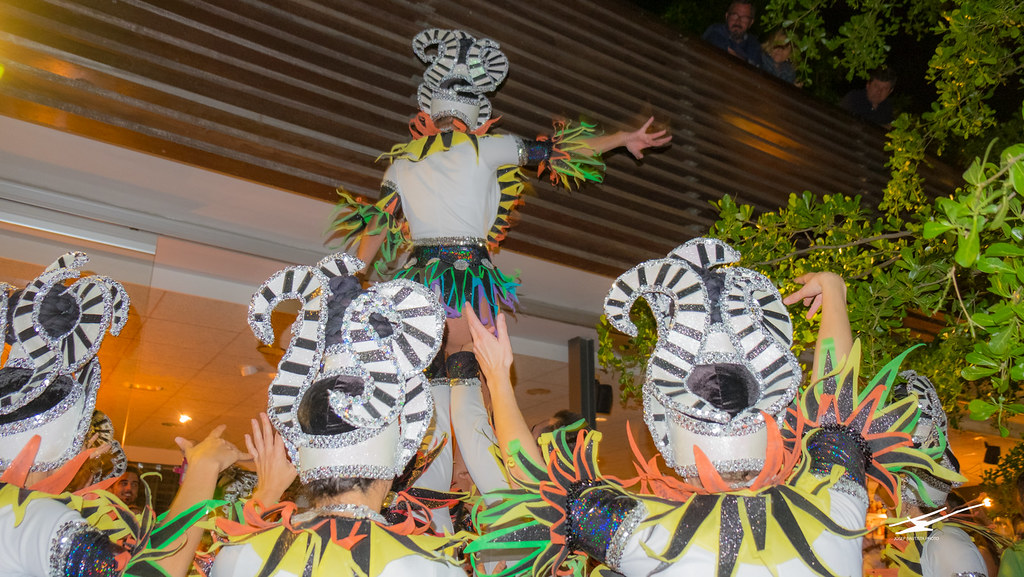 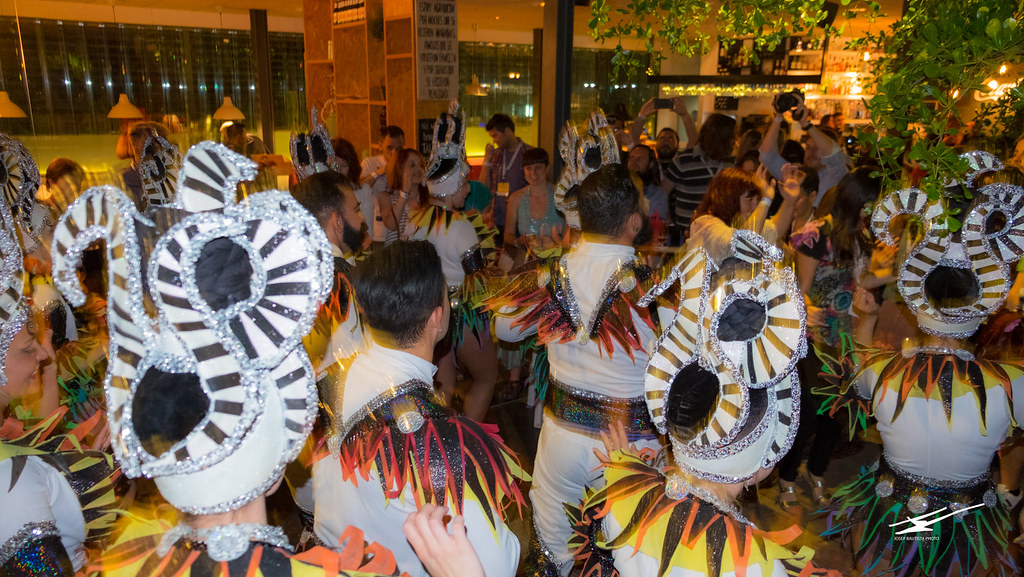 The crowd got into the mood for carnival at the closure party for TBMTenerife.

Want to see more about Tenerife? Don’t miss the other articles and the video.