Since I came back to Barcelona, I bumped into and participated in many travel blogging events, met people on the same line and get to improve my own blog assisting to workshops and self learning. It was in 2016 that found about the Travel Bloggers Meeting, and still a newbie I ventured into one of the largest events of the year at TBMAndorra. I couldn’t miss the chance again in 2017, and not a newbie anymore, stormed into the TBMTenerife. This post is a highlight of the week I spent in Tenerife, and other posts with deeper content about the event and the activities will come next when I have a bit more time to sit and write, updating and linking to this summary post. You can also check the video on my Youtube Channel! 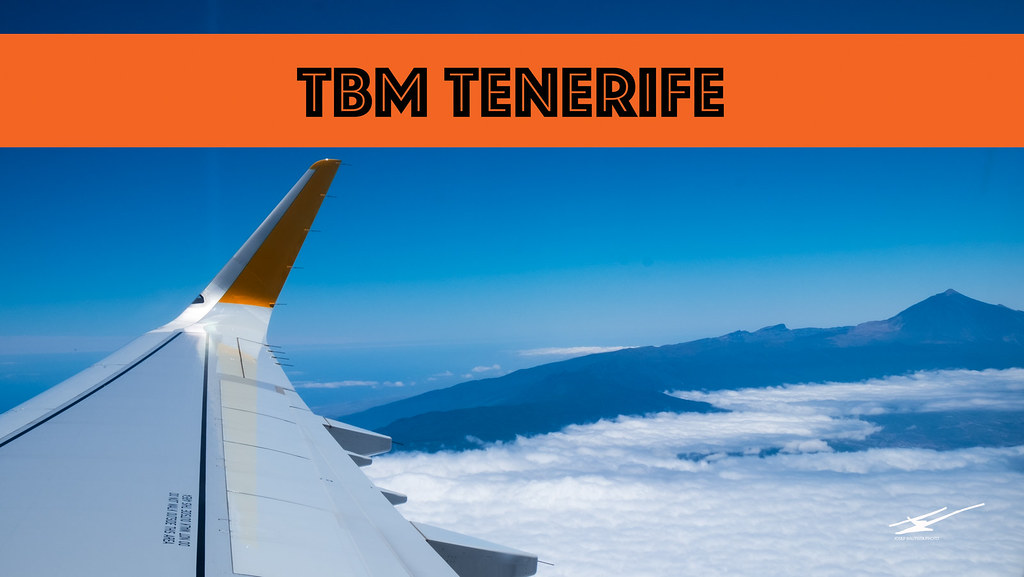 On my way through Tenerife
I arrived on May 24th to Tenerife. One of the islands that form the Canary Islands, far away from the mainland Spain. After the 3 hour flight from Barcelona with Vueling, I proceeded to take my booked car with the local company Cicar at Tenerife North Airport. I needed a car so I could drive the next day to Cueva del Viento at 9AM for the first scheduled activity I was going to participate. Maybe it’s an island rhythm that surprised me, but I found driving and lifestyle more relaxed and slow paced. I was happy enough with the Fiat 500 I rented, driving to the Hotel Adonis Plaza in Santa Cruz de Tenerife. Really centric hotel with a large bed and enough space in the room. More that what I’m used to in Japan cosy hotel rooms. From first day to last, the service was great and really helpful. Maybe bit short in toilet amenities some would say, but enough for me. 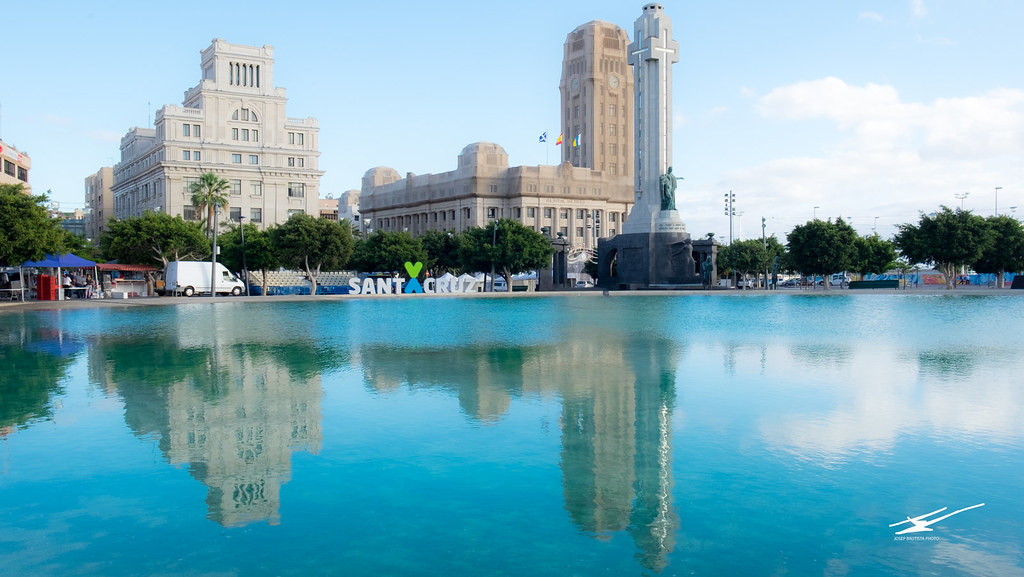 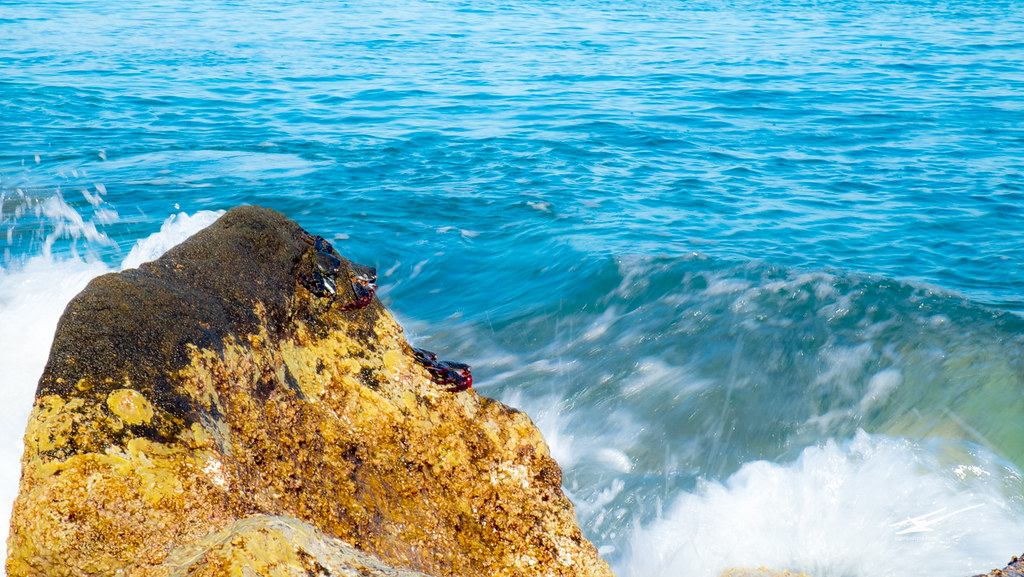 Found a nice spot the first day to see the coast in Santa Cruz de Tenerife.

Cueva del Viento
An early wake up alarm and a quick breakfast, and I was ready to drive through the island. I had an hour drive but I didn’t know the roads and hadn’t drive enough the car to get comfortable behind the wheel so I took my time. And I got lost, twice, and arrived almost on time to Cueva del Viento, located in the North-East part of the island (Check out the individual post of the experience). There, the first group of bloggers I was going to meet was already waiting for the visit to the caves. Few details about the amazing features that nature created here. Cueva del Viento “Wind’s Cave” is the World 5th largest lava tube, with 18Km mapped up to nowadays. The geomorphy of the cave is really complex, formed during the first eruptive phase of Pico Viejo, a volcano next to the largest volcano of the island, the Teide volcano. The visit is excellent, and the guides are even greater. Mister Alfredo has spent over 40 years dedicated to the caves and knows every single rock and detail of the caves and its nature. The best to know and get the passion he feels about it, able to pass it to the visitors. 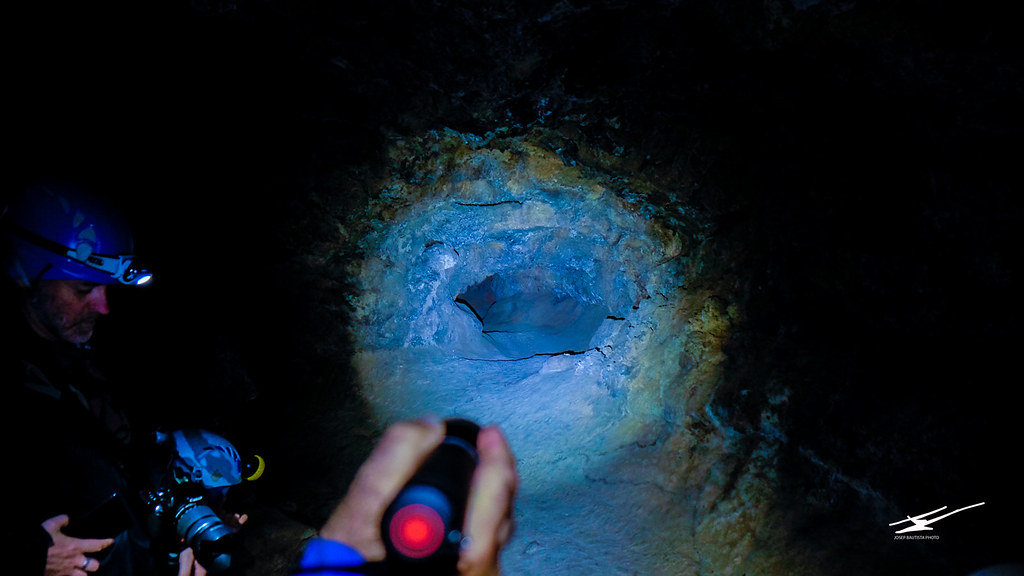 Back to Santa Cruz
After the visit, I had to return the car to the airport, and get ready for the nigh event. The Natura Jazz and photography festival at Museo de la naturaleza y el hombre. On Friday 26th there were a lot more bloggers on the scheduled activities. I participated in the guided tour through Santa Cruz de Tenerife, and the guided tour in La Laguna, a small town nearby, declared World Heritage city, founded in the 15th century. After the tours, we went to a local restaurant, known as “guachinche” were they served regional cuisine, and we tried everything we could. Almogrote, Papas arrugadas, Escaldón, and Carne Fiesta. All real good. The aperture of TBMTenerife took place in the afternoon at TEA (Tenerife Space of Arts) a building that houses art and photography galleries, library and convention center. The TBMTenerife officially started. On Saturday 27th, the TEA became our school for a day, where we attended a full day of conferences and learned about blogging tools, travellers experiences and other destinations. You can take a look at the whole program of TBMTenerife here with the complete list of hosts and sponsor companies. For lunch we moved to La Cascada Eventos space, with great views. At the end of the conference day, the whole travel bloggers family attended the informal dinner at Strasse Park, a nice restaurant in Santa Cruz de Tenerife, and got the chance to taste the gastronomy and a bit of carnival ambience from the islands. 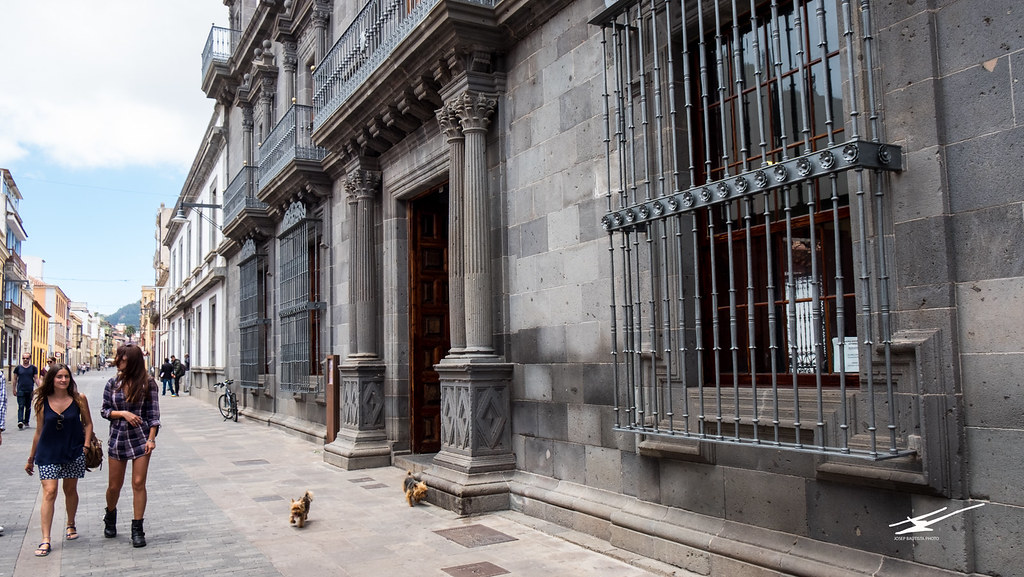 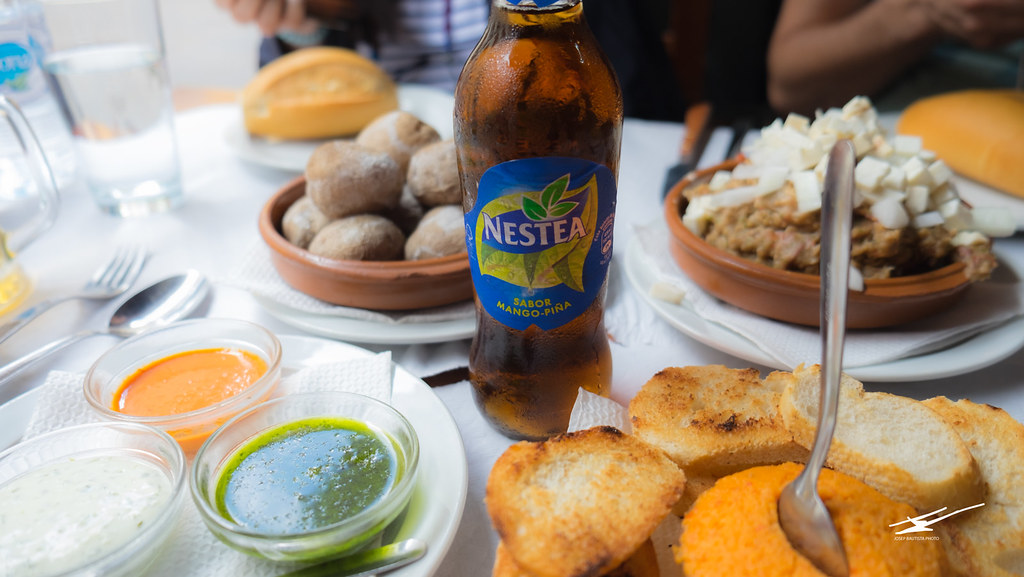 Having a feast in a “guachinche” local restaurant, Bodegón Viana. 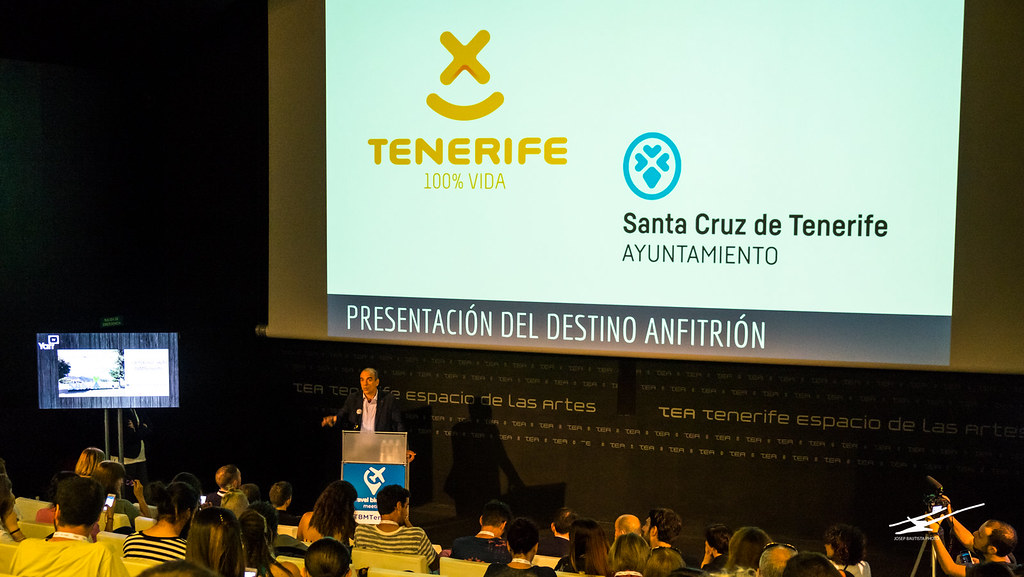 Conference day of TBMTenerife at TEA. 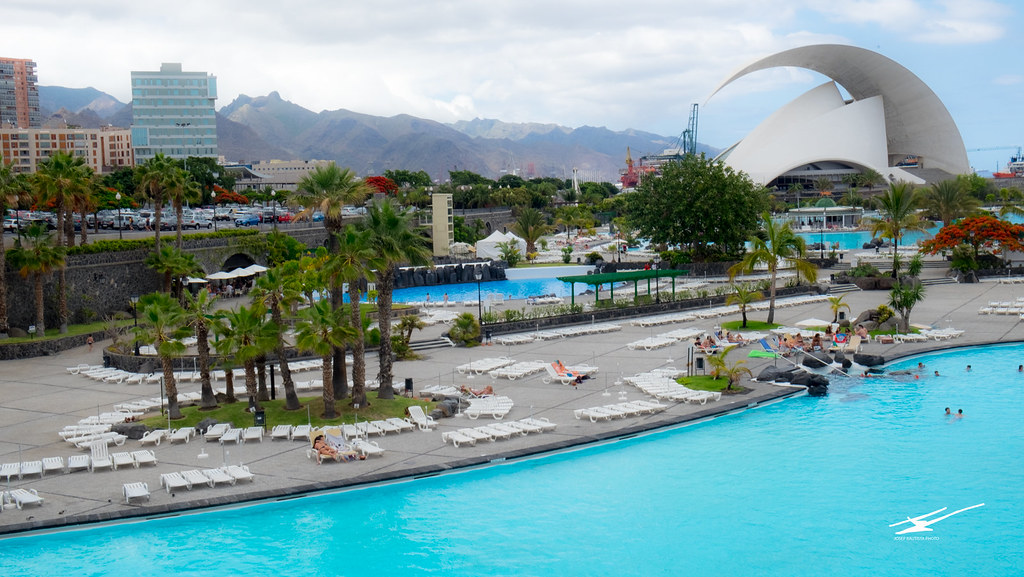 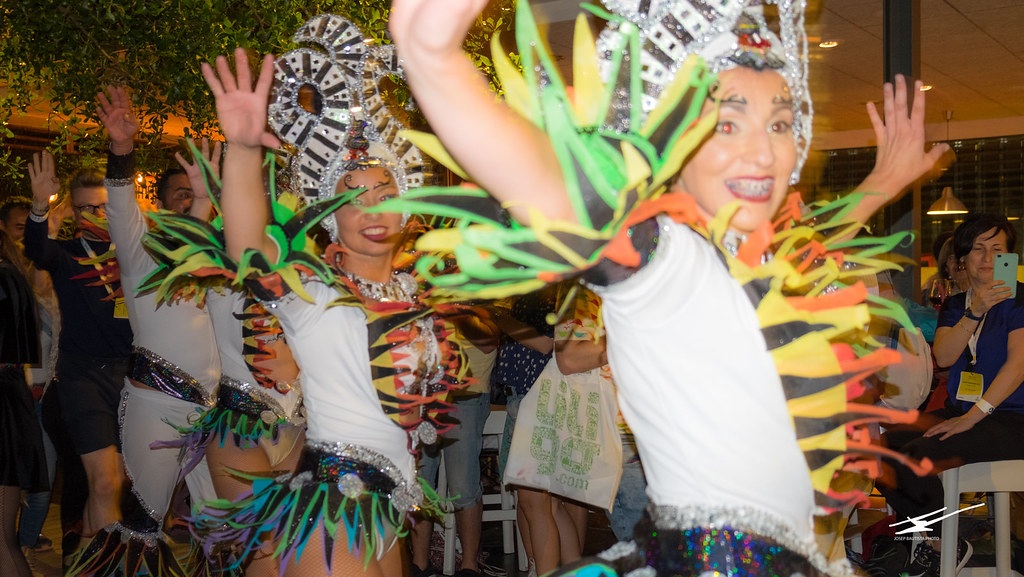 Keeping up the party at TBMTenerife.

From the ocean to the summit
On Sunday 28th the whole travel bloggers community scattered into smaller groups all over Tenerife, participating in diverse activities. My selection for this year in Tenerife was a full active day. From the coast of Adeje, snorkelling with Apnea Academy (check their facebook page) in the bay, diving and watching the marine life of the area. Afterwards, to the top of Tenerife, to Teide volcano for a trekking tour at an altitude of more than 3000 meters (see their official site). Literally, from the bottom of the ocean to the top of land in a day. 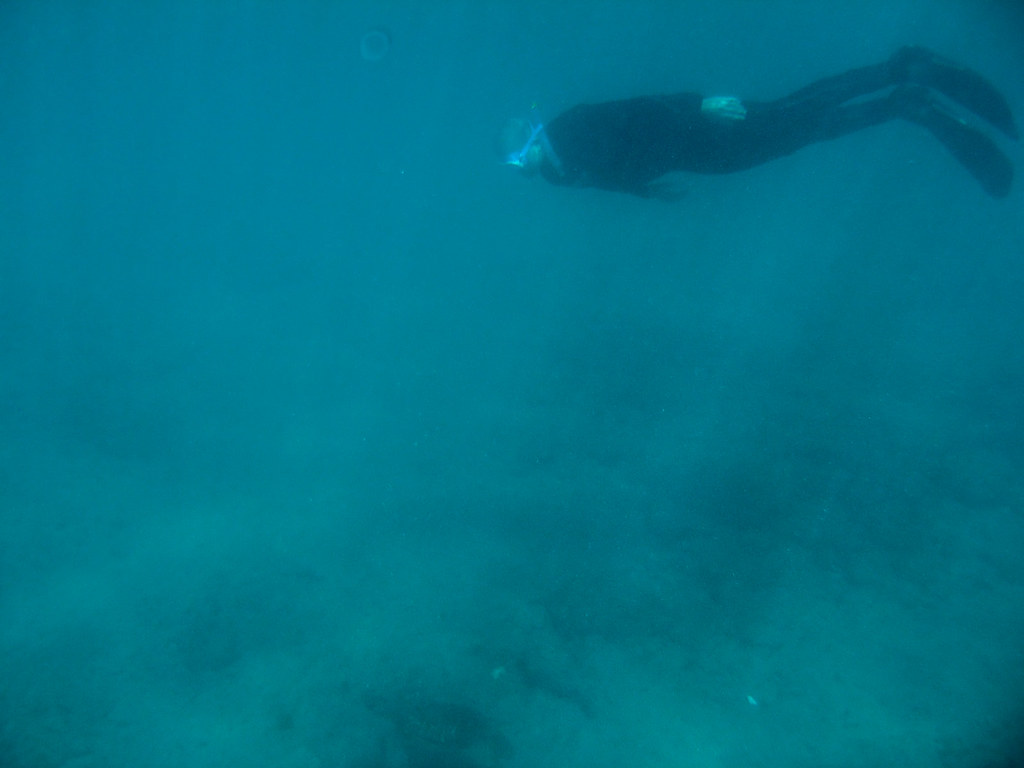 Barely visible in the photo, but there’s a turtle in the bottom, and the other element in the water, that’s me. 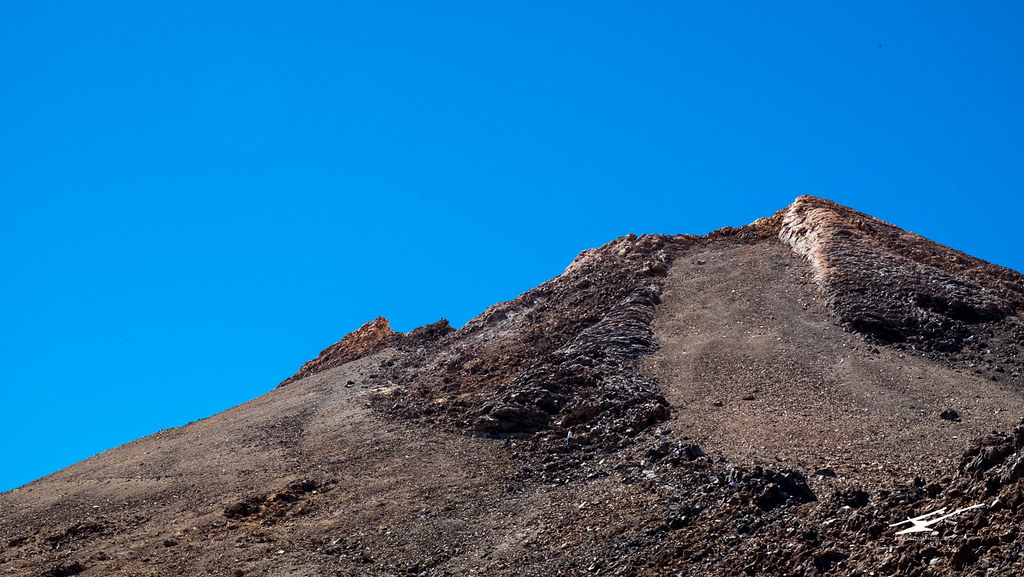 Almost there, the Teide volcano summit.

Last day
Weekend over, many friends and travel bloggers already left the island, but some stayed to catch a bit more sun in the island. On Monday, I took the sightseeing bus in Santa Cruz de Tenerife, walked around the city and finished in the local market, as the Day of the Canary Islands just started. The major festivities of the islands, besides the carnival. A good closing ceremony for my trip to Tenerife. 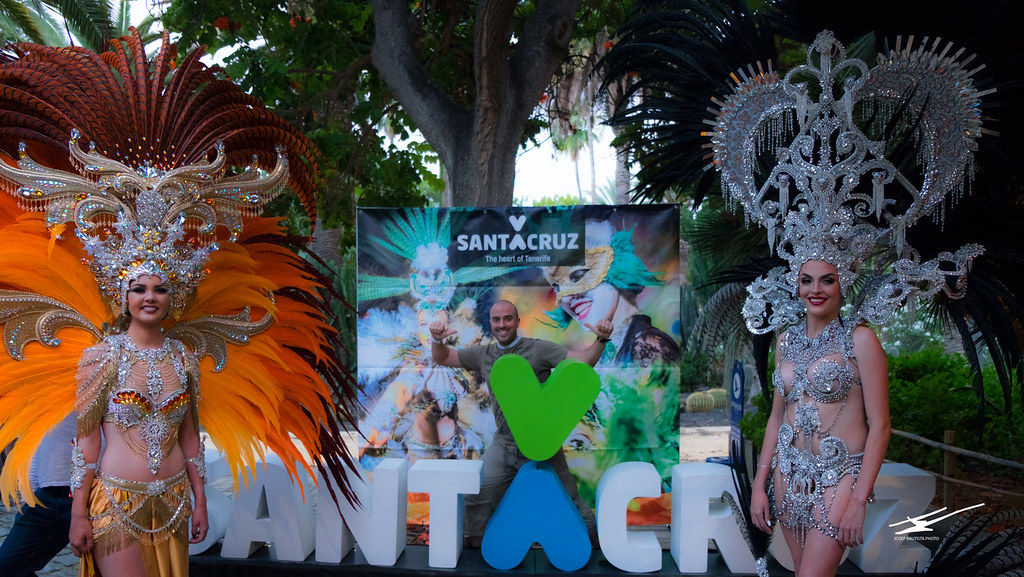 With the Queens of Carnival at Strasse Park restaurant.