Day at the beach in Shonan: Gaijin stories

Summer in Japan means blazing hot and humid days, feels like melting and smells like roasted meat.  To skip dying by a heatstroke (it’s really a thing on the news every summer) you can head to shonan area for a fun day trip, nearby Tokyo.
So as I did with a friend visiting me ends of July, we took our towels, sandals, and water guns and headed to shonan. Also, we went there to see the fireworks at Yuigahama beach, so it was worth a day. Here’s the story of a couple of male gaijin (foreigner in japanese) going to the beach. 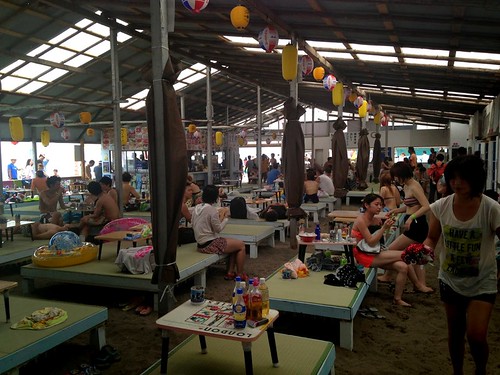 From Shinjuku it takes a bit less than 2 hours, and we arrived there after midday. Along the beach there are several huts and points where you can rent a locker for the day and take a shower, have some food and drinks, but for the locker and shower check out the prices first. We paid 2000¥ for a locker all day+ unlimited shower. Then our day started! Being a foreigner in Tokyo is a normal thing nowadays, barely you can notice those looks on you, like if you were a lifeform from another planet, but that still happens out of Tokyo, and japanese tend to think you cannot understand their language. So the fun started, walking along the beach eavesdropping all kind of comments towards us, and trying to hide that I understood what they were saying. Sometimes it was too obvious. Both guys and girls staring to us, some daring to say a shy <<hello>> and <<bye>> some other being too straight talking in japanese saying <<kakkoi>>, <<ikemen>> and so, basically comments of how awesome and cool we the gaijin are (thing that neither me or my friend consider true at all). 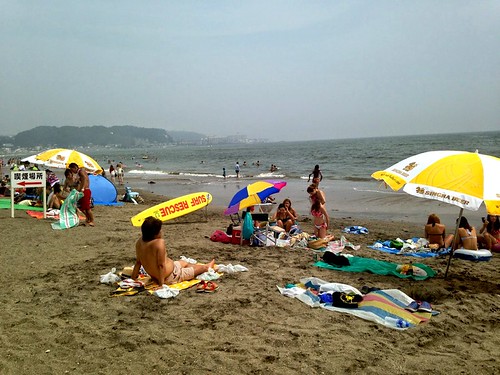 Then, the really awkward moment started.
We were just having a beer at the hut, contemplating the day, enjoying the views. Out of nowhere a girl started to wave at us, then left, and kept passing in front of us for a while. A minute later she comes with another girl, taps at my friend and says <<my friend thinks you’re cute>> in a perfect english. After presentations and some talking, they invited us to join their four girls group for some drinking. 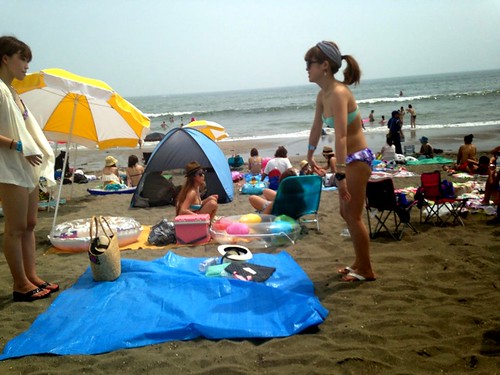 But the most unveiling truth of all was when one of them said
– Why weren’t you flirting with girls? are you shy? you don’t like japanese girls?
I was already kind of used to this topic after a couple of years living in tokyo, going to many parties, and the gaijin scene in Roppongi, but even this time, both me and my friend were shocked about it and asked what did she meant with that.
– Oh, because gaijin just come here to the beach to hit on girls because they’re foreigner, so it’s easy for them to get girls.
Mind-blown. Is really that easy? is really that what is expected from foreigner in Japan? The answer is easy as well, OF COURSE, that is just if you’re willing to pay all expenses for the girls, pay drinks, invite them to places and treat them to everything they want. Many foreigners in Japan (don’t mind about the country) just come with plenty of money to get any girl. And I met many of this douche gaijin over my time in Japan. Sorry but not gonna happen with this gaijin. 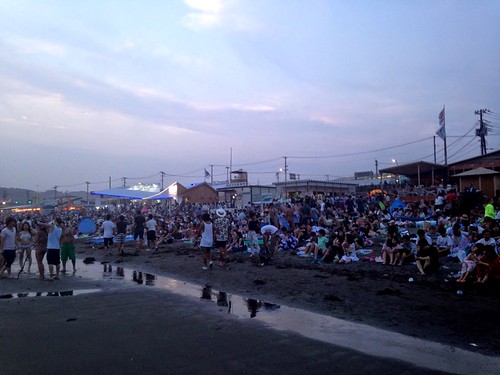 After all, my friend and I decided to go for a walk and go back with them later. We never went back to them, as we saw they were just “gaijin hunter“.
After a long wait and more foreigner awkward situations, the underwater firework at Yuigahama beach started. Packed as if we were back in Tokyo, they put up quite a good but slow show. A piece of advice we were given was to leave the beach 15 minute before the show. We did it, to our surprise, as other people, heading back to the station. Every single train was packed as rush hour back to Tokyo. 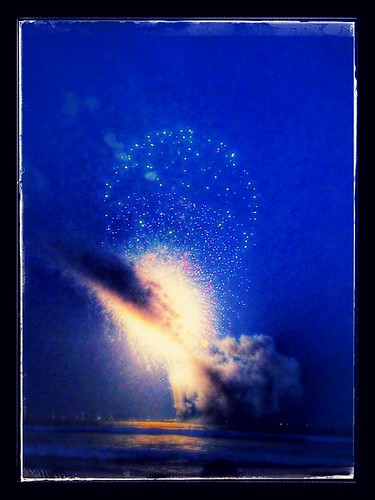 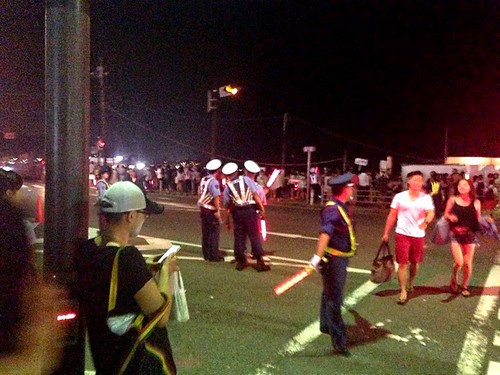 Police officer controlling pedestrians on their way back to the station. 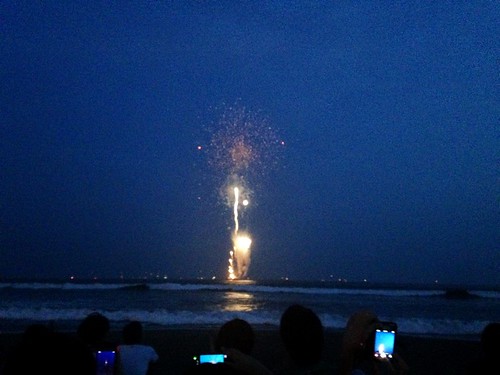