April 23rd is Sant Jordi in Barcelona, a celebration where the main event is the exchange of roses and books between couples. It’s the Catalan equivalent to St. Valentine day.
The tradition of giving a book on April 23rd comes from the universal expo on 1929 in Barcelona, when booksellers went out on the streets to sell books. It was so good for business that they decided to do it every year, on April 23rd, World Book Day. 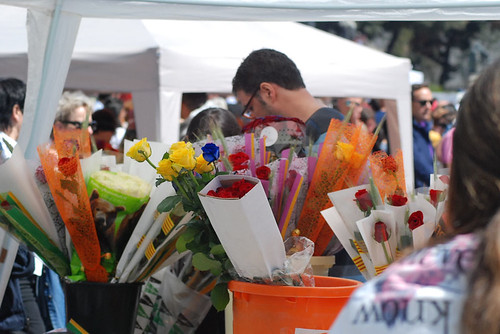 Roses and books along the streets of Barcelona. 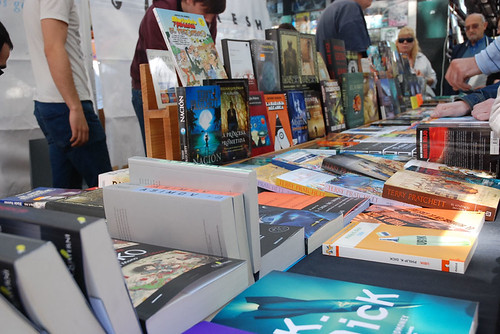 “A rose for love, and a book forever”

The rose tradition comes from the legend of Sant Jordi, the story about how good wins against evil, the knight in shiny armour kills the dragon that kidnapped the princess. The knight defeating the evil dragon repeats itself all over Europe since the medieval age.
Legend says that in the village of Montblanc long time ago there was a dragon that scared the villagers and poisoned the water and the animals, but the dragon wasn’t satisfied with that and the villagers decided to sacrifice a person by lot, and the princess was elected to be sacrified. 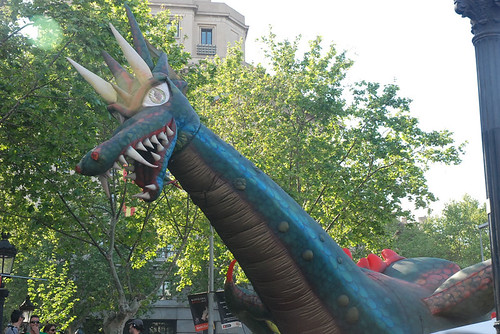 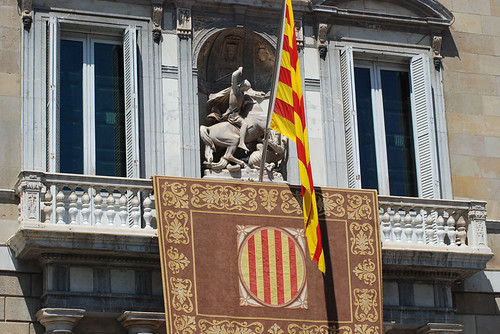 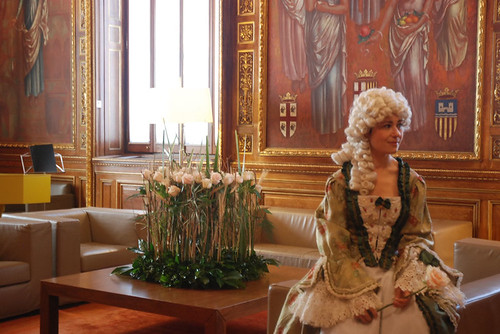 Representation of history with actors inside Barcelona’s town hall, specially open to public on April 23rd.