We’re off season now but I felt like writting about one of the most traditional sports in Japan, Sumo, and the right place to watch Sumo matches is in the Ryogoku Sumo Hall, in Tokyo. 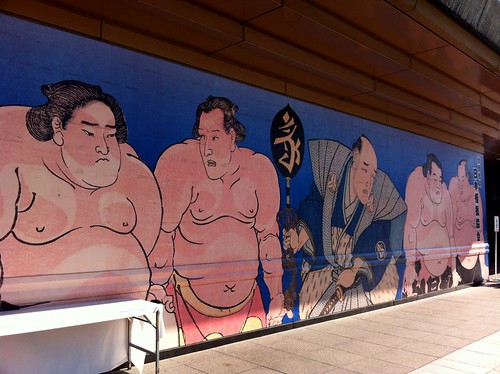 The sumo tournament season  is divided in three periods every year, January, May, and September, so remember if you come to Japan during those months there’s a chance you can see one of the tournaments.
Inside the Ryogoku Sumo hall there’s also a Sumo museum. 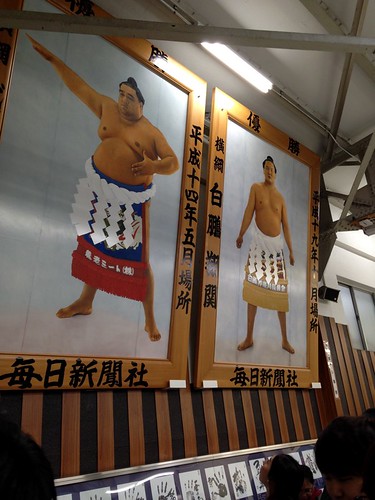 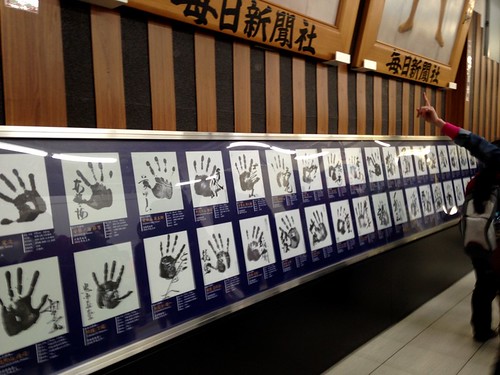 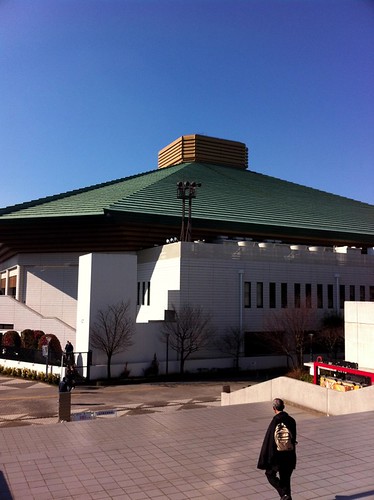 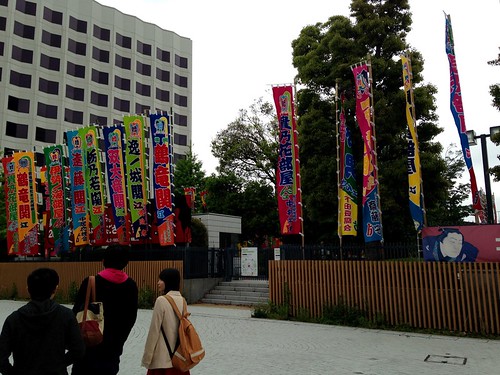 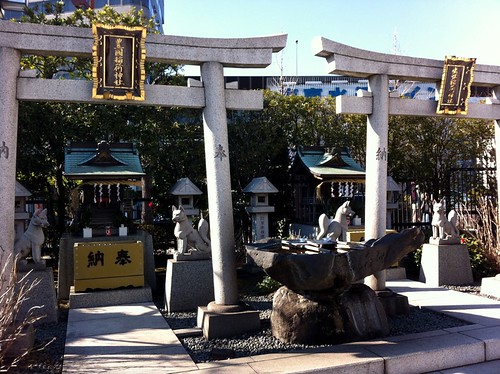 I went to the January tournament last year and it was impressive, even though we were far from the ring we could feel the 2 contenders clashing and slapping each other like a thunderstorm, though the fights just lasts for a minute or less, sometimes less than 10 seconds the winner is decided. 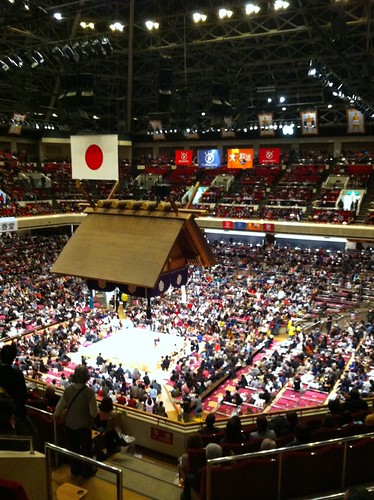 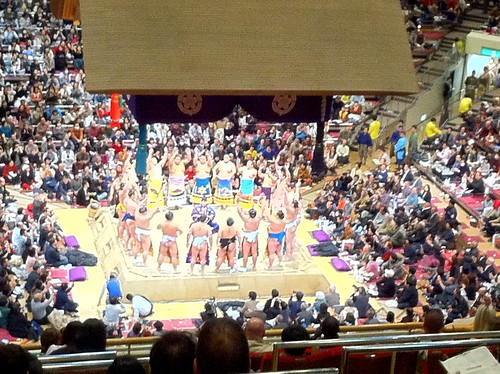 That’s not all to it. If you want to go deeper into the sumo world, you can visit one of the dojo around Ryogoku Kokugikan (reservation in advance) or eat the same as they eat as basic sumo diet, Chanko nabe.
a hot pot stew with vegetables and meat, or fish. This protein based diet has the purpose of gaining weight, heavy stuff. 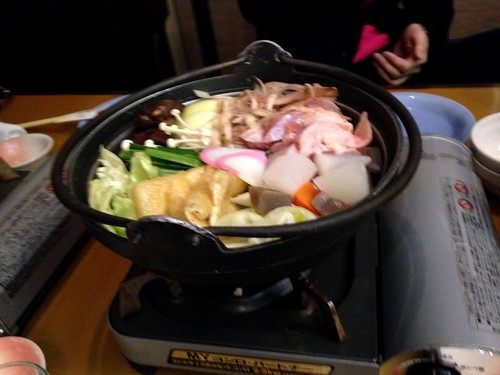