On my visit to Kanazawa, my friend Yurina guided me to the gold streets in Kanazawa. I didn’t know at the moment what she was talking about but I was soon to discover. We walked to Higashi Chaya district, a tourist spot of the city, where you can buy souvenirs, visit museums, restaurants and teahouses. The places named Chaya were traditional places for entertainment, where geisha entertained people by performing dances and playing Japanese traditional musical instruments. The largest one of the chaya districts in Kanazawa is the Higashi (East) Chaya district. Nowadays is more focused for tourist entertainment.
The surprise was to find out most of the shops were offering gold made products and souvenirs, many of them made with gold leaf. Kanazawa makes 90% of gold leaf production in Japan. 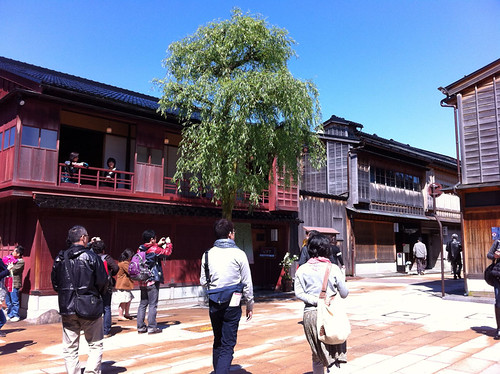 Just by walking around the streets of Higashi chaya district and observe the two store buildings, some dating from the Edo period, you can feel the tradition and old Japan surrounding you. 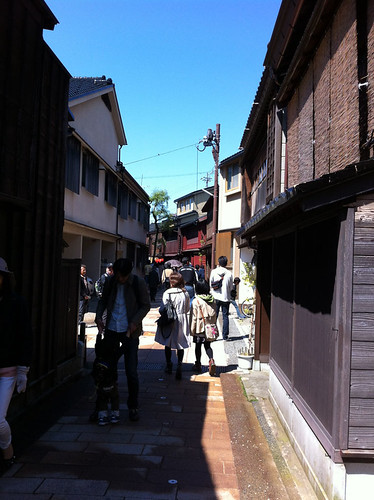 Many of the shops, museums and crafts are open to public, I ate so many sweets and gold leaf products that I was feeling excited and shiny for a long time. 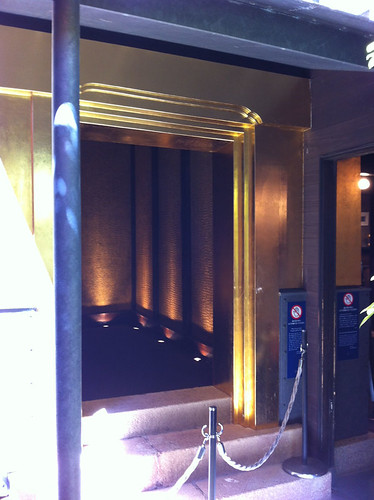 Gold house and museum in Kanazawa 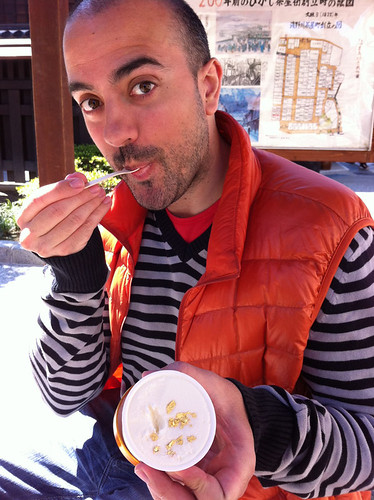 From here we ride the loop bus to our next destination, the 21st Century museum of contemporary art, in Kanazawa. 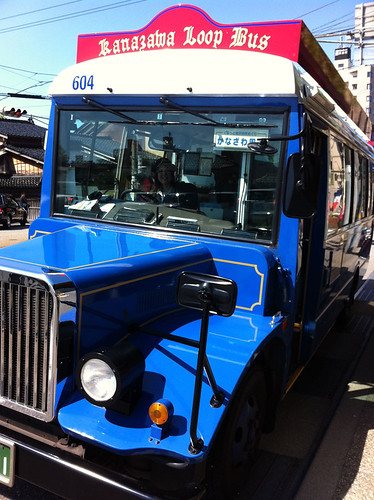 Kanazawa Loop bus takes you to the tourist route 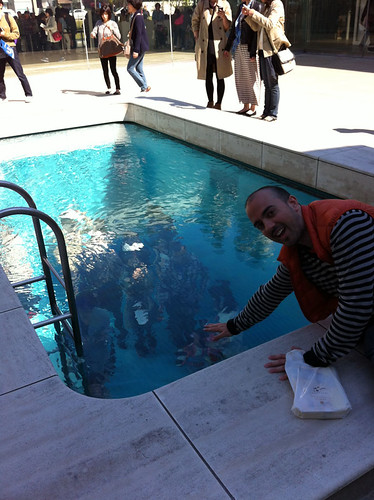