Long gone are the days when samurai defended their lords and fought under the way of the samurai, known as “bushido”. The times of the armored samurai came to an end during the Meiji restoration, when the new government abolished the warrior caste, and forbid the use of katana. We’ve seen their armor and katana in museums. We’ve seen their stories in movies. Now there’s a chance to become a samurai, at least for a day, at the Samurai Armor Photo Studio, in Shibuya. I tried the experience and couldn’t have enough of the photoshooting and learning all my brain could retain about the samurai and the dressing process of the armor. 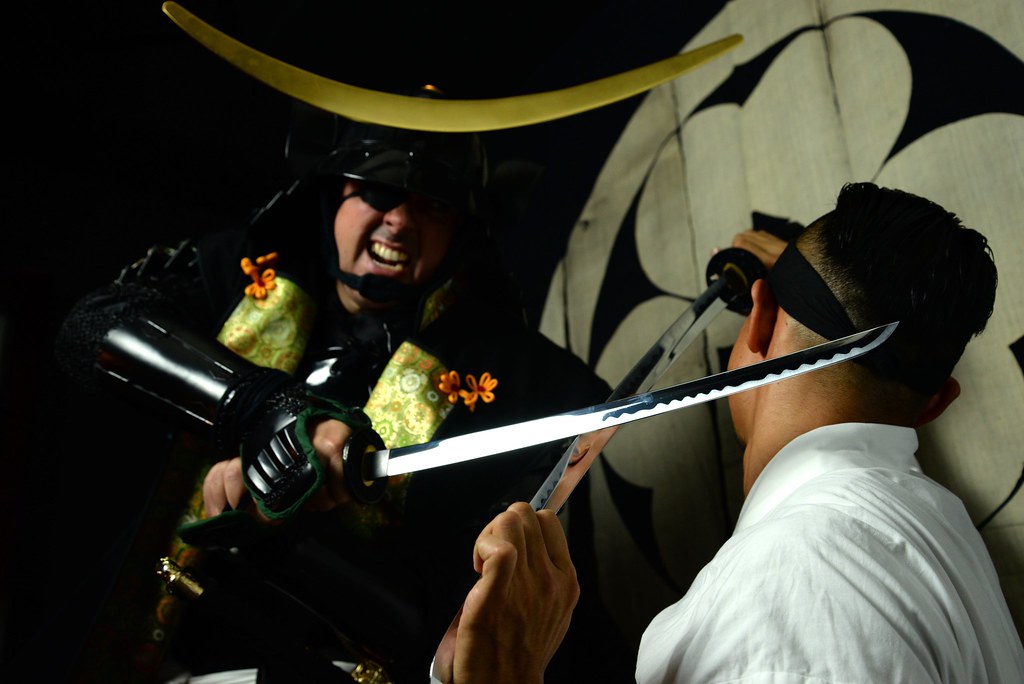 How to get there
A bit tricky, once you get out from Shibuya station, make sure to take the Hachiko exit and head north, passing through the popular Shibuya scramble crossing. Spot the Shibuya 109, take the street on the left and walk uphill for a short 10 minutes, depending on your walking pace.
In any case, here’s the map with the adress. Through their Facebook page you can book a day for a photo session and check out their amazing work. 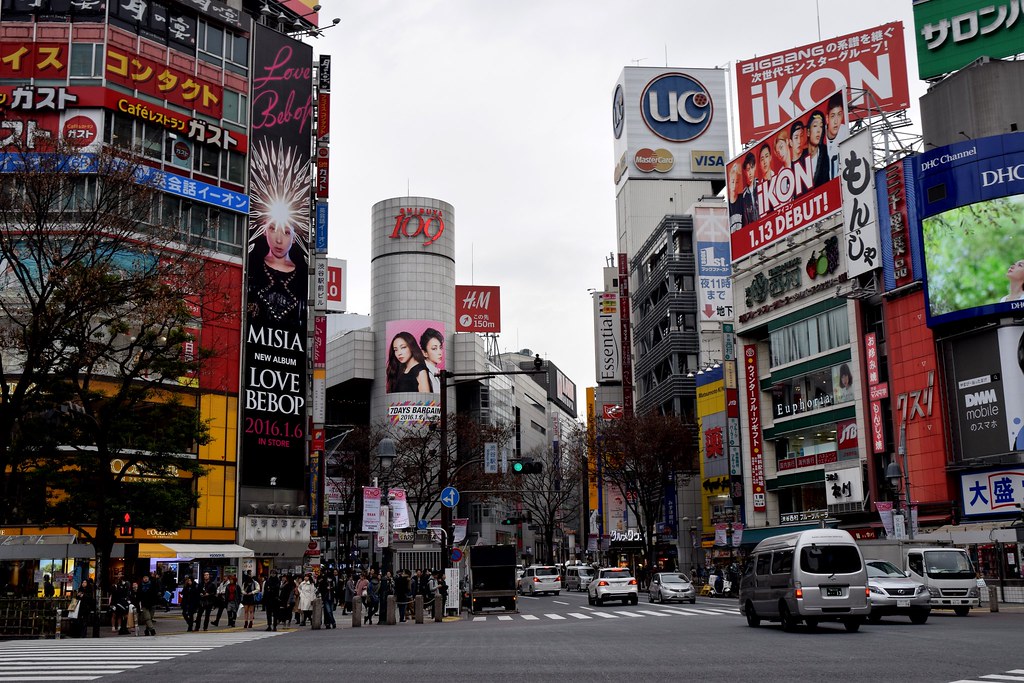 Shibuya 109, a reference building to get directions in Shibuya.

History lesson
Welcomed by the owner Takemura-san and the cameraman Okamoto-san, they made a short introduction of the session and history of the armor. Depending on the armor you want to try on, the price varies from ¥13000 to ¥40000. Then, he described one after another the collection of armor in exposition and the samurai that represented to be. The armor had been also used in several TV shows and movies in Japan, like Taiga dorama or even the ones that Tom Cruise and Ken Watanabe used in the movie The Last Samurai. It was hard to decide for one of the armor, but finally made up my mind and chose the all black armor, weared by Date Masamune. 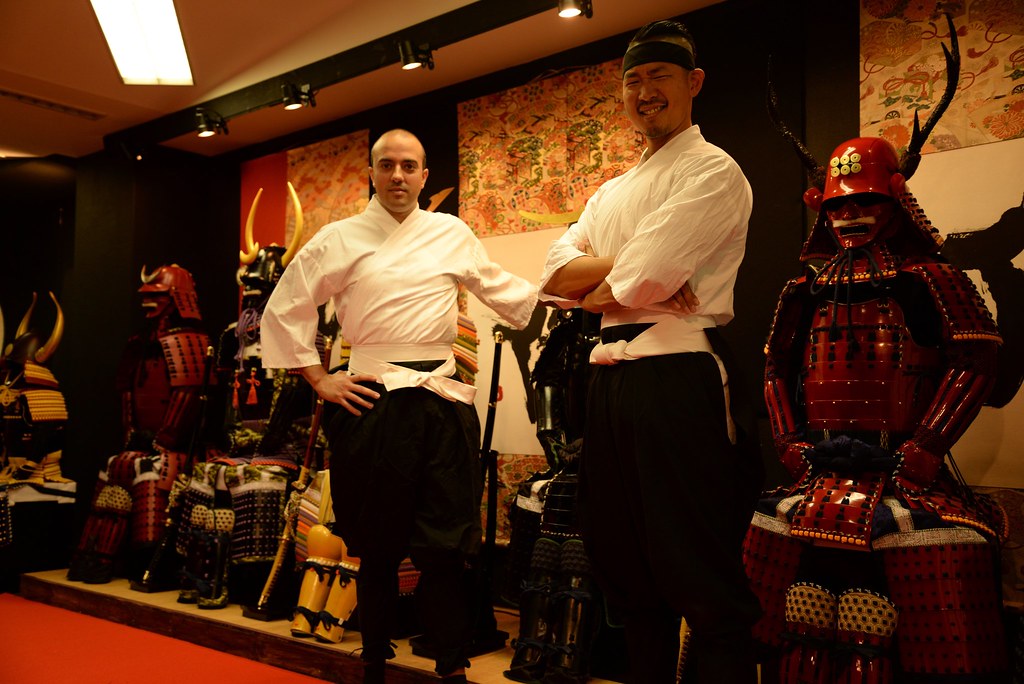 Halfway through the dressing process, we took a break for a couple of photos with the armor collection.

Dressing process
Takemura-san explained every piece of clothe and armor, their use and purpose. Repeating every term he said wasn’t enough to help me remember everything through the dressing process, and I’m sure I need his guidance again. One of the facts carved in my brain was that it was necessary for a samurai to get dressed by a trustworthy disciple, as they couldn’t do the whole process on their own. The last piece of armor, the chest, weights around 20kg. The real armor used by samurai weighted over 40kg. The lightened new models are for the actors performing whilst wearing the samurai armor.
Walking fully armored wasn’t easy, and had to be careful to not scratch any armor detail or bump into any valuable piece of the studio. The armor are really not toys and had to be taken seriously. The undressing process after the photo session took barely a minute, though. 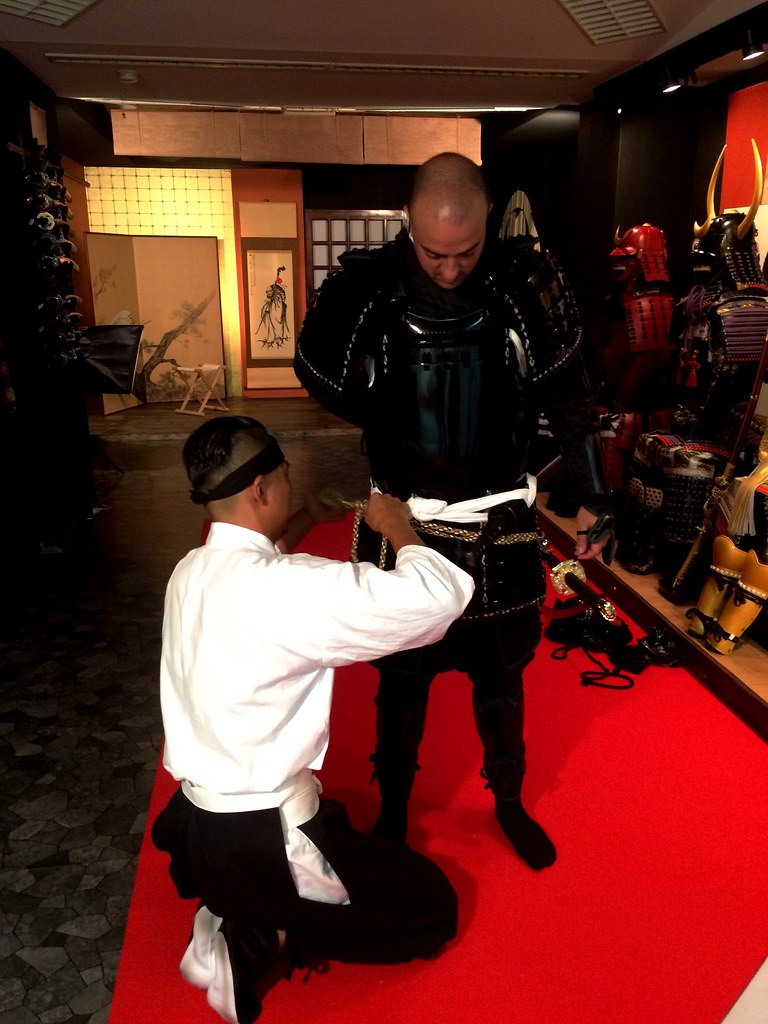 Not a chance of getting armored by oneself, the process requires guidance and assistance. 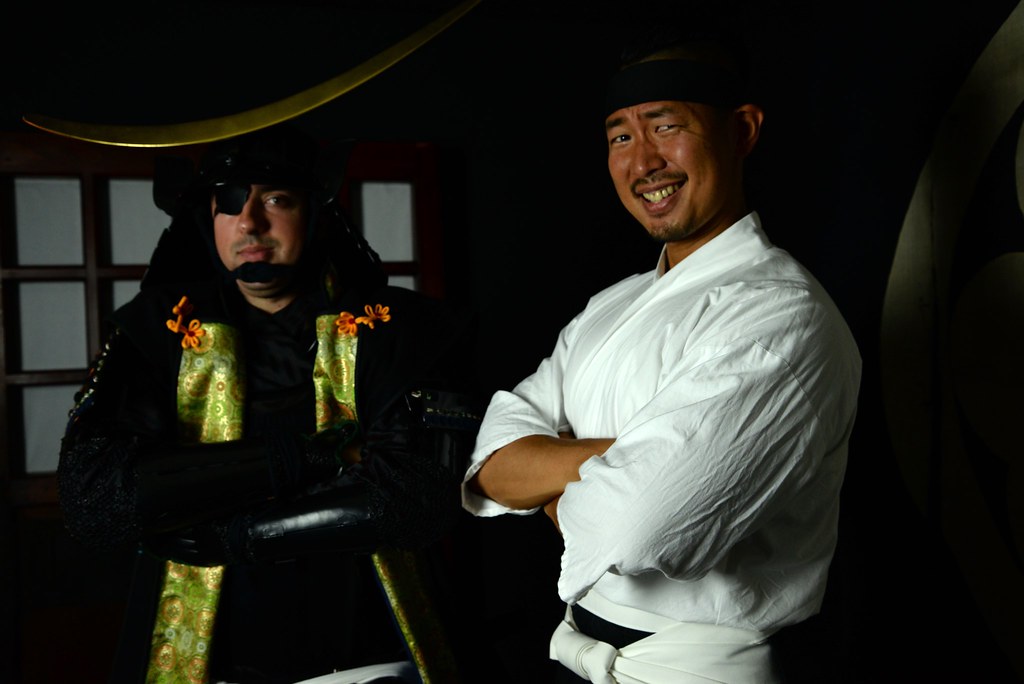 Fully armored, time to get to the photoshooting.

Photo session
The final part, and funniest. Fully armored, it was the moment to get into the role of being a samurai. I participated in photo sessions before, but this one was the funniest and more relaxed. I couldn’t help about laughing most of the time about the comments from Takemura-san and Okamoto-san. They both made the session really enjoyable and funny, cracking jokes with them and still getting more information of the armor I was wearing, representing Date Masamune. 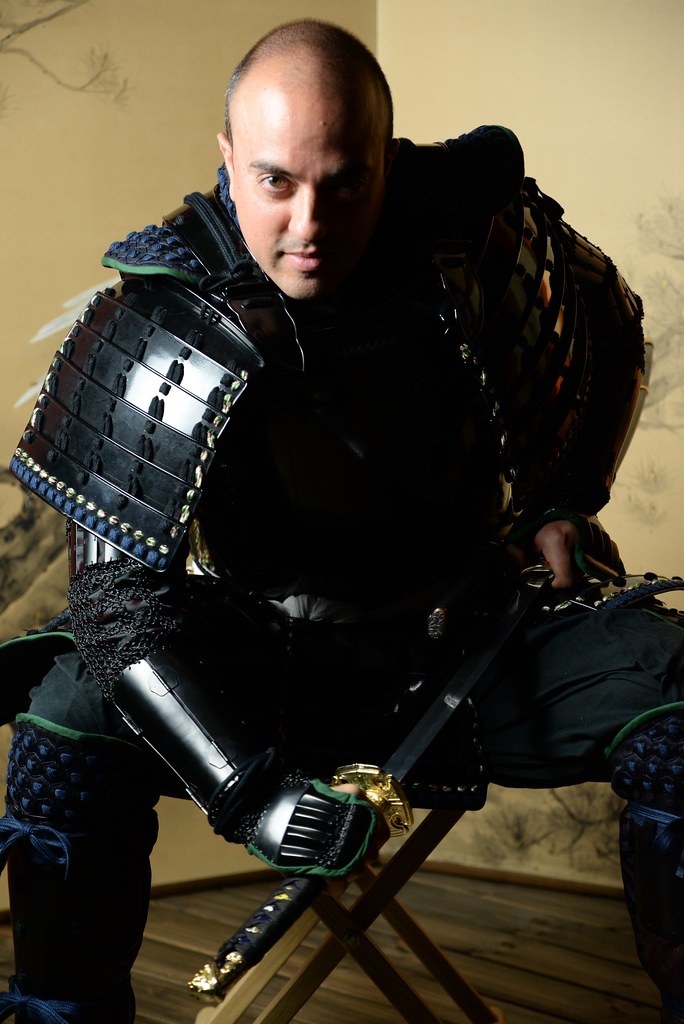 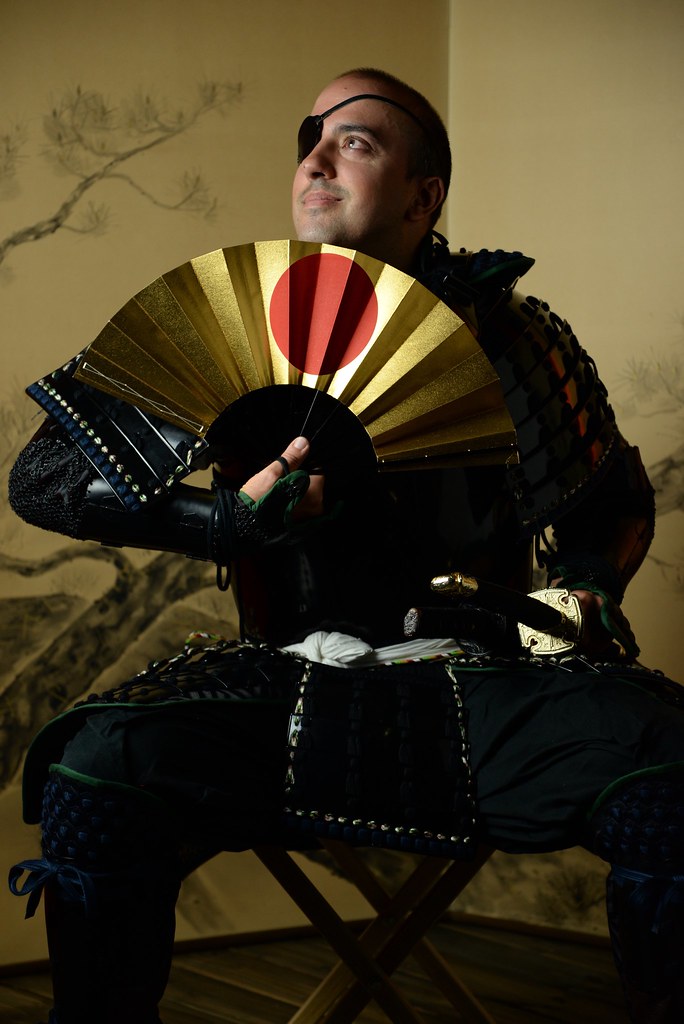 “Try not to laugh” pose.

Fun fact number 1: George Lucas got his inspiration for Darth Vader, based in the all black armor of the samurai Date Masamune. 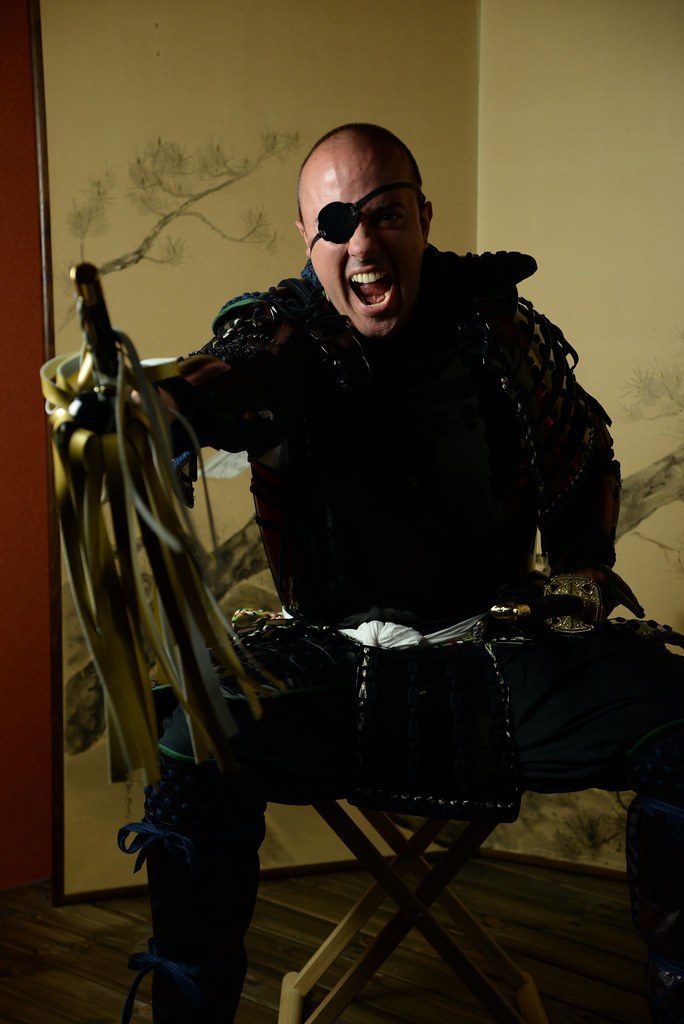 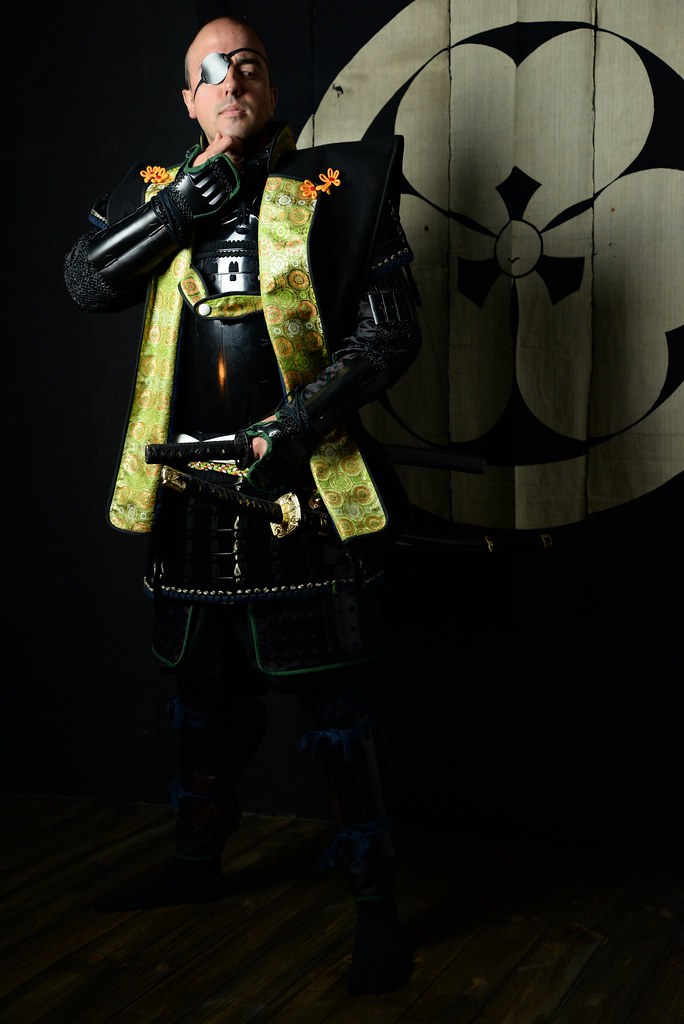 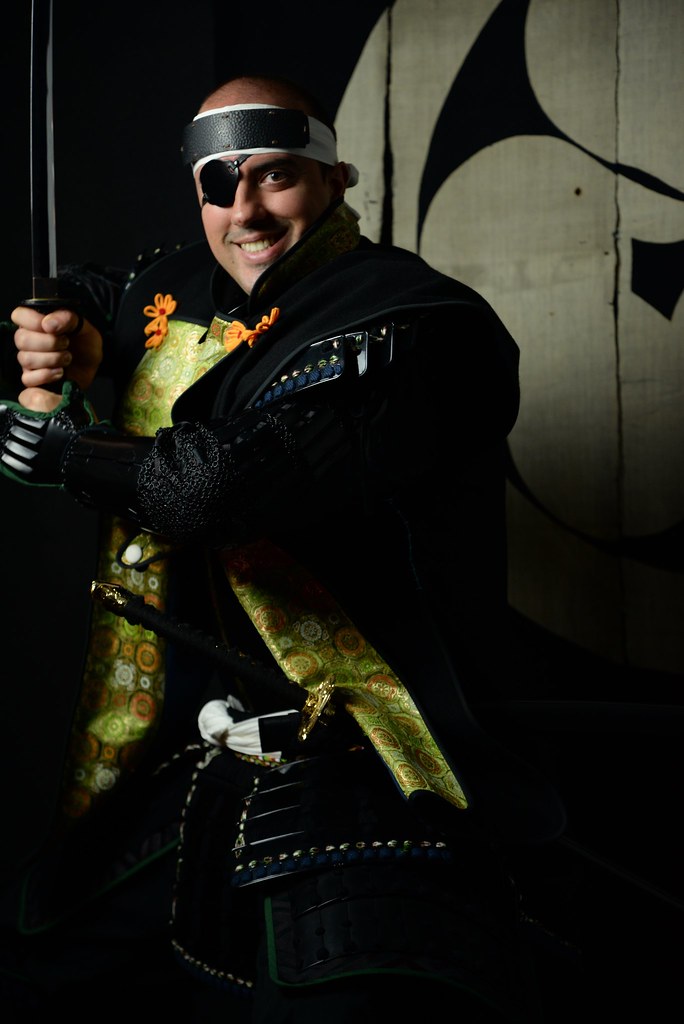 It was difficult to not laugh when people around you was cracking jokes, but I think the result of this shot was good.

Fun fact 2: We all agreed that I looked like the samurai version of Nick Fury, from the Marvel Cinematic Universe. 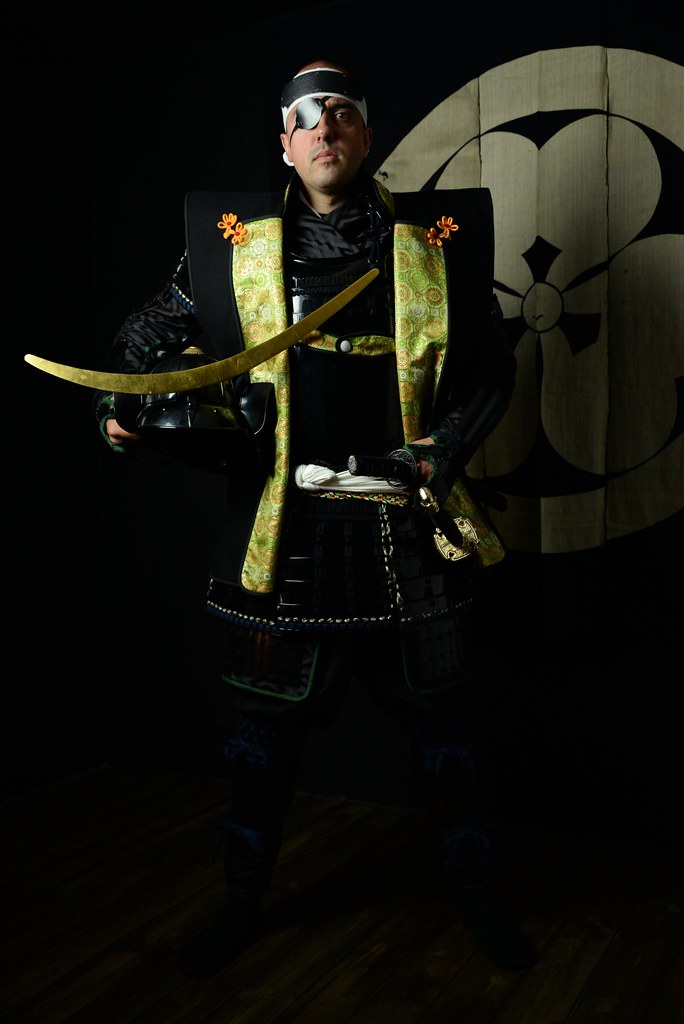 Menacing pose were my favorites. 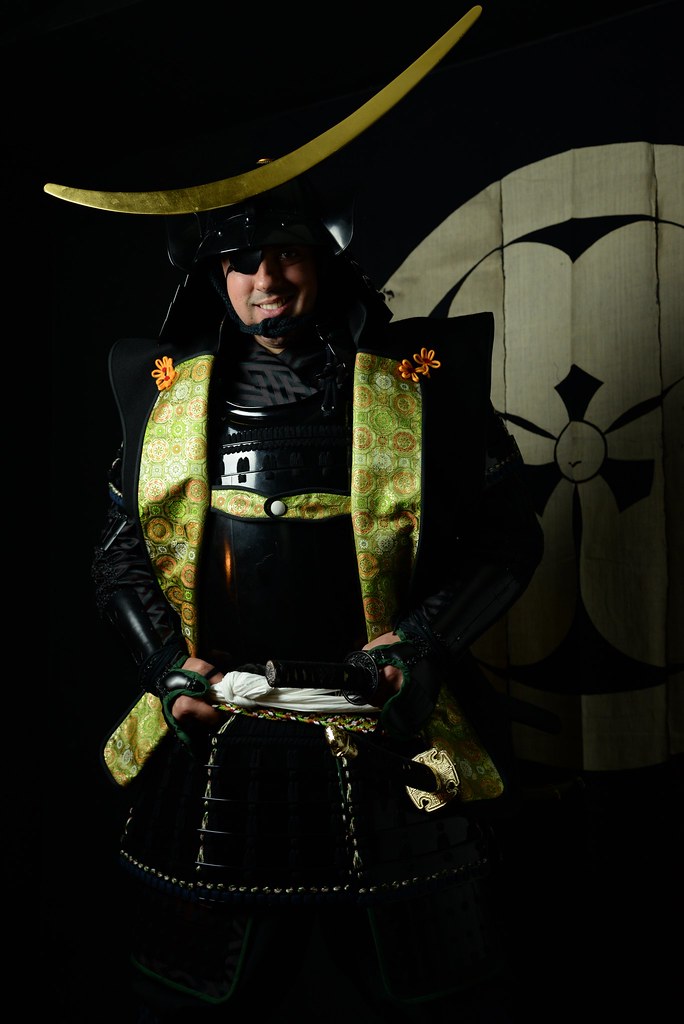 Fun fact 3: The katana exposed in the shop and used in some of the photos are real. The tension was really high when we posed for the combat photos. 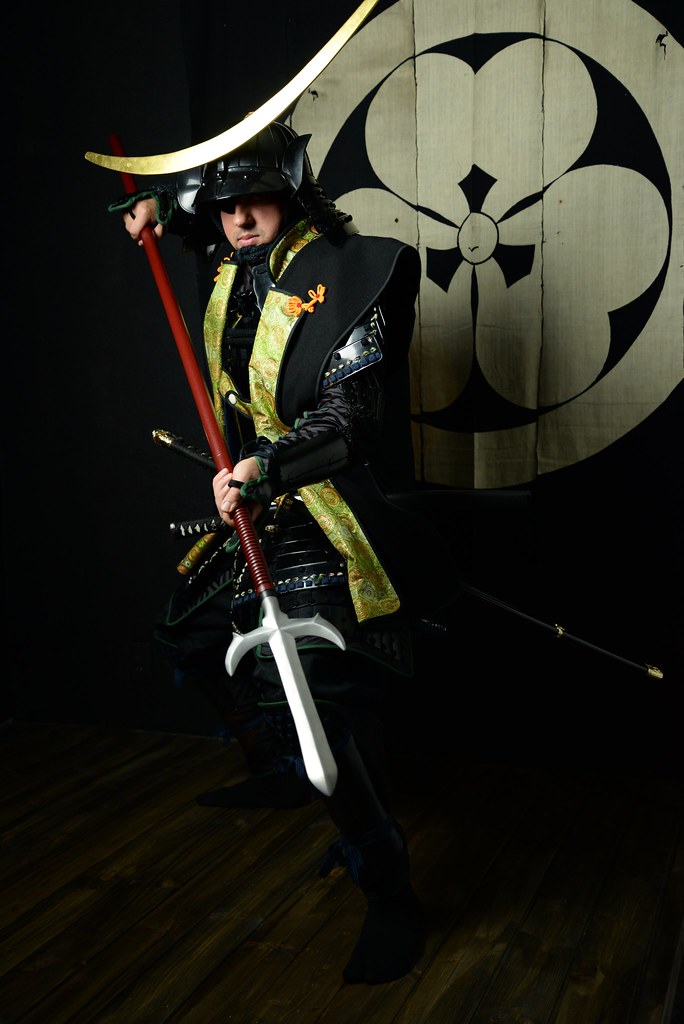 Fighting poses are hard to keep. 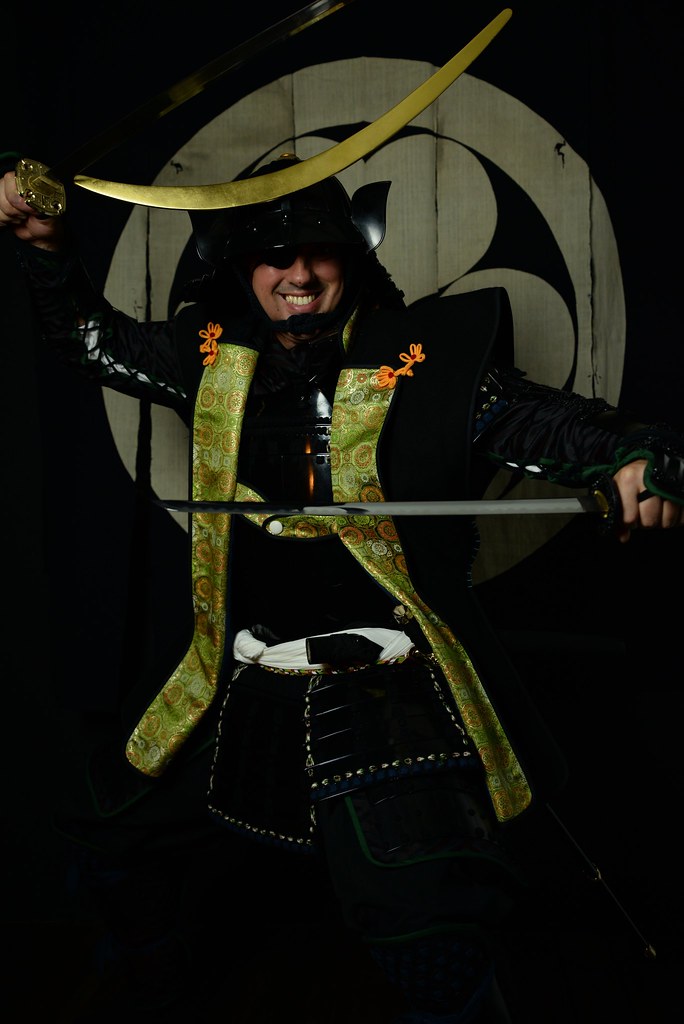 The not so menacing samurai, nitoryu (two sword) style.

Once the photo session was over, and was waiting for the photos to be transferred to an SD card to take home with me, I could make some questions regarding the weapons and more details of the lifes of the samurai. A lesson and memento I took home with me. 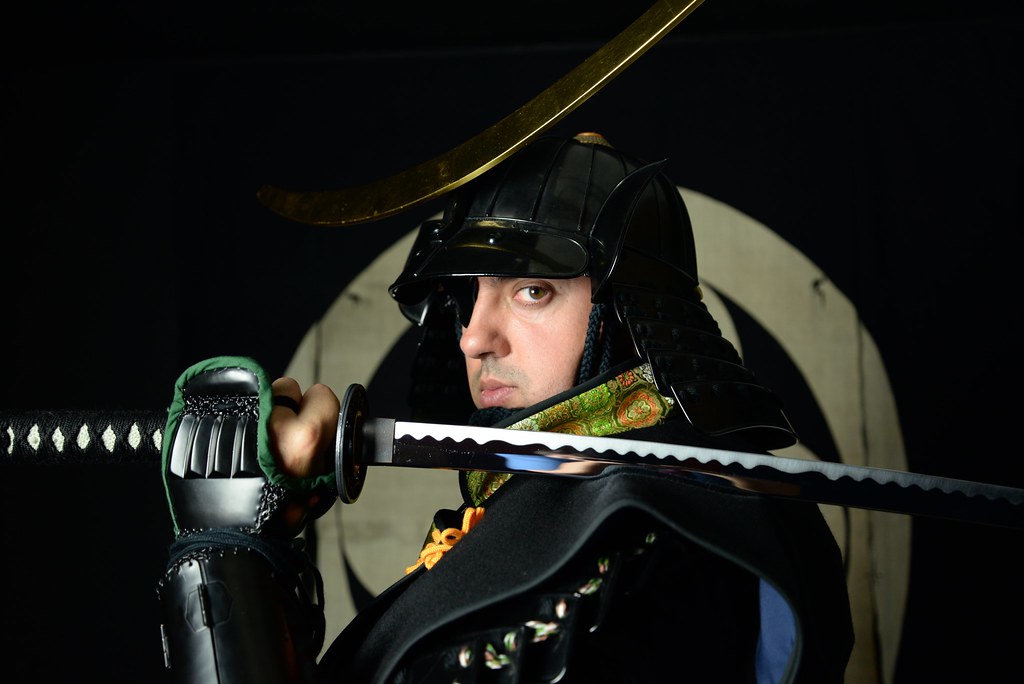