Countless, are the times in my life I passed next to the most famous landmark of Barcelona, take a photo and showed it to friends from other countries. The temple attracts thousands of visitors every year from every corner of the World, but I’ve never been inside the “still under construction” future largest cathedral of Barcelona. Until now. 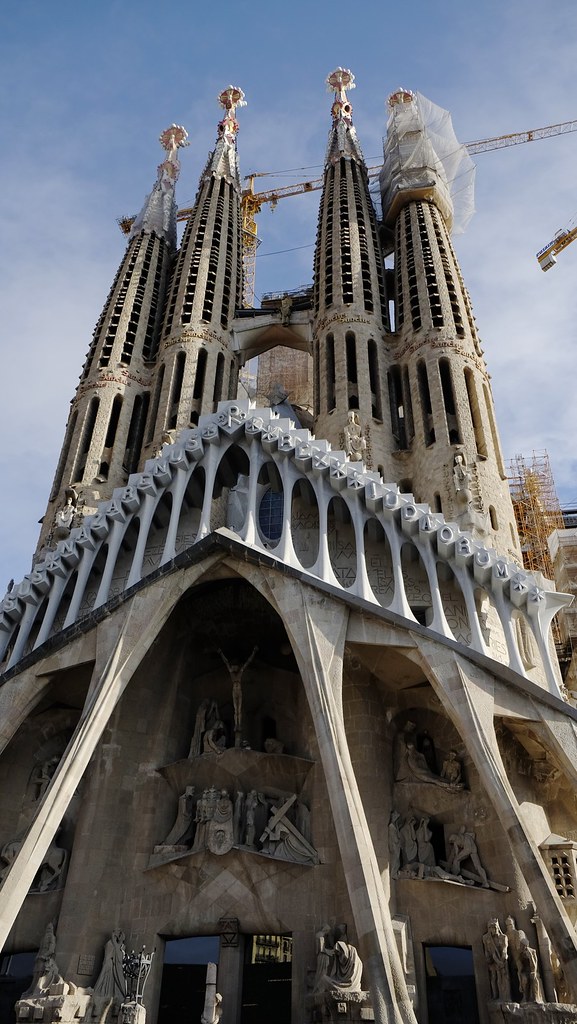 Sagrada Familia experience
I learnt about Gaudí’s masterpiece in school, in exhibitions (even once in Tokyo), and studied its history, architecture and design in college. All this years in Barcelona, and it wasn’t until 2017 that I booked from Tinggly a guided tour inside Sagrada Familia as a present for my mother. Even with all the knowledge and mental image I had about the Basilica, still, it caught me with the guard down when I stepped inside, and learnt even more thanks to our tour guide! Who said you can’t book great tourist experiences when you’re a local? And this is how it works with Tinggly. 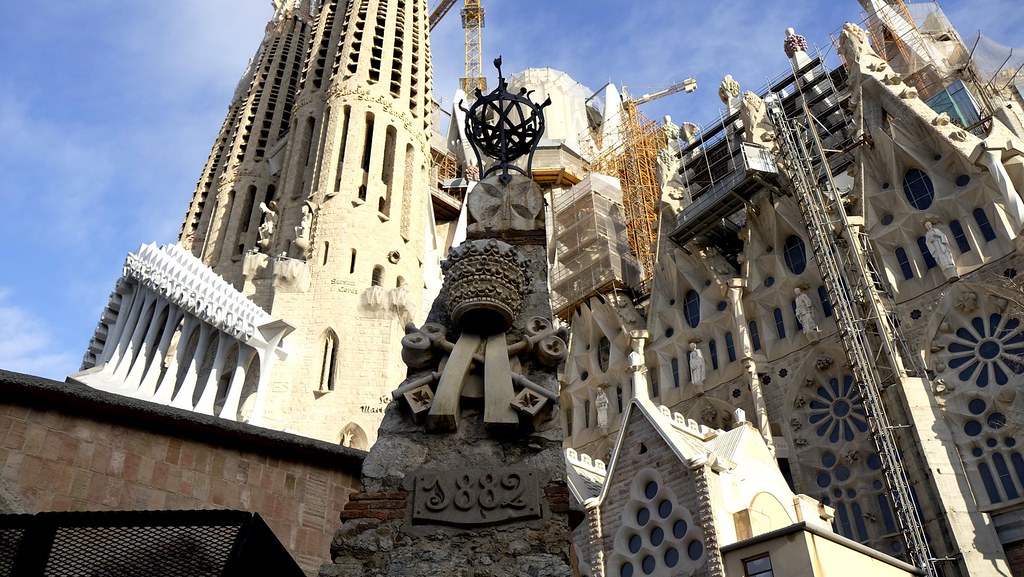 1882, the year the first stone of Sagrada Familia was laid. 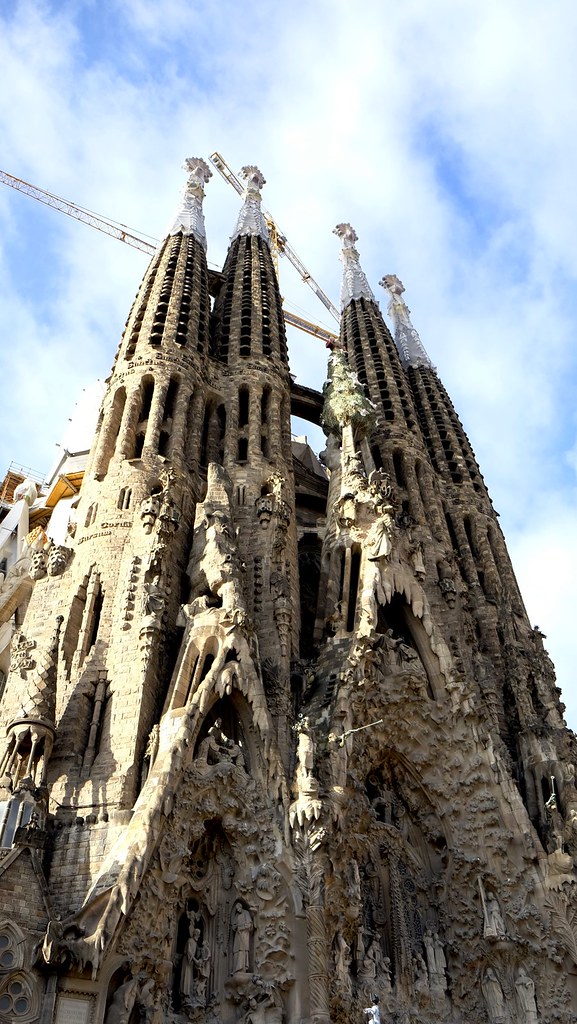 A bit of history
The first stone of Sagrada Familia was laid in 1882, and Gaudí didn’t take the reigns of the project until a year later. Before him, the first architect of Sagrada Familia was Francisco de Paula del Villar. Gaudí took the project, renewed and converted it into the outstanding Basilica that is being built following his models. The designs of the building have a lot of inspiration by nature, specially from the mountain of Montserrat, another famous landmark near Barcelona. In 2010 was consecrated as a Basilica by the pope Benedict XVI and was open for worship. At the end of 2016 the construction of the main towers started to take place, and it will be completely finished in 2026. One hundred years later after the death of Antoni Gaudí. 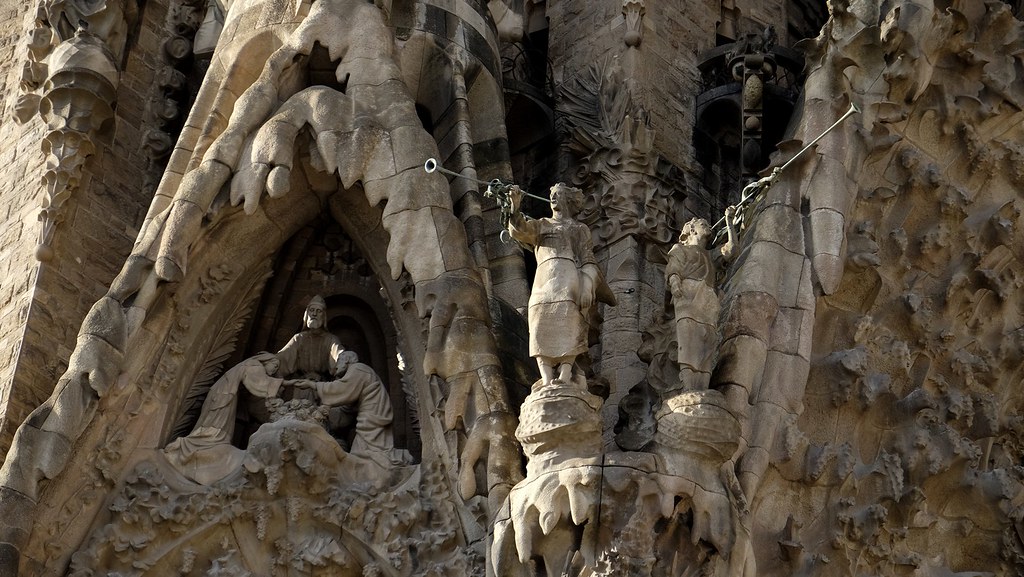 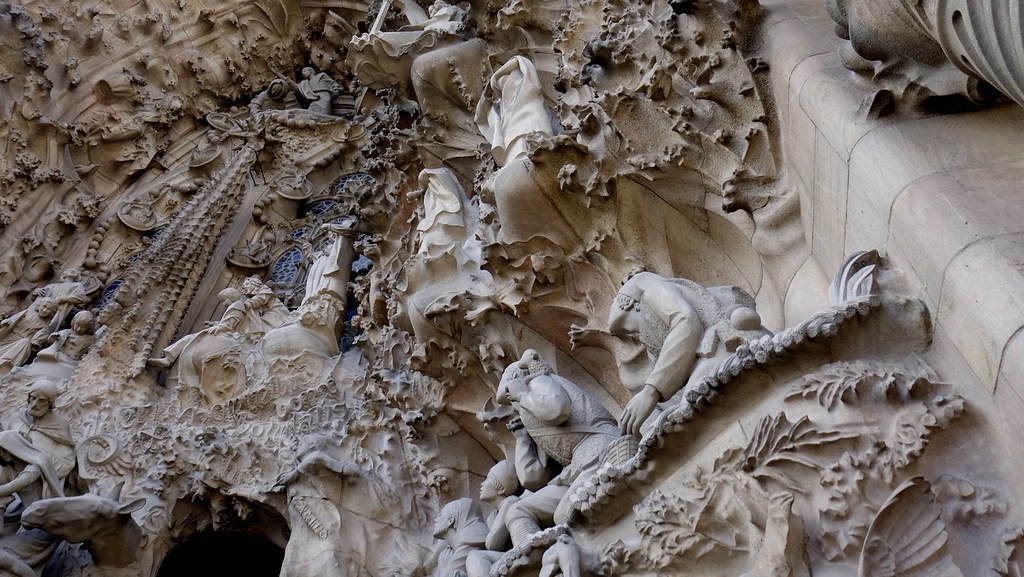 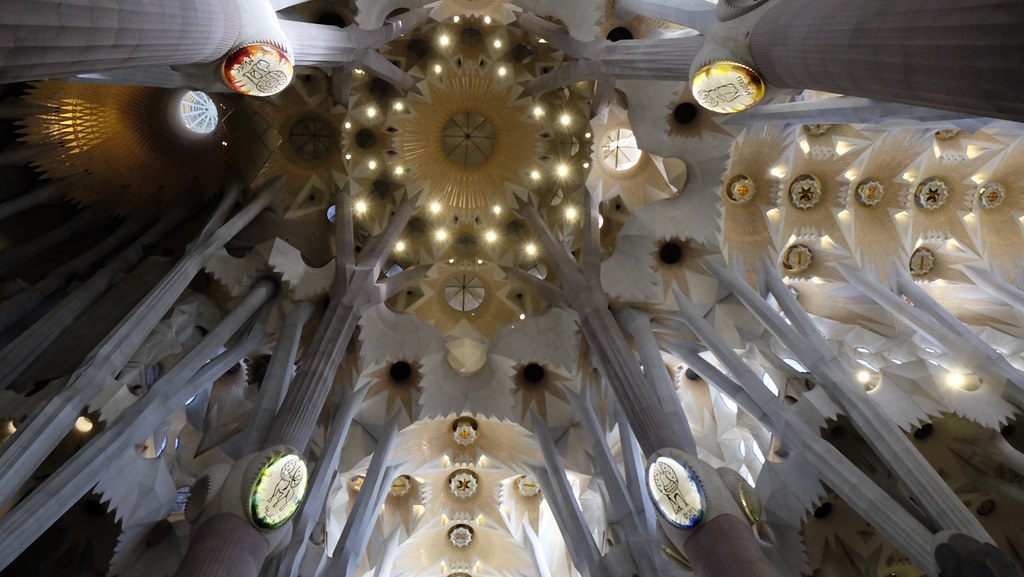 Staring at the ceiling of Sagrada Familia main hall. Resembles a forest of trees.

Always packed
Probably the main reason I’ve never visited Sagrada Familia before. Being from Barcelona, it felt as I could go anytime, so I let it pass. If you know anyone from Barcelona, just ask them about it, you’ll be surprised to see that not everyone has been inside the church. Not an excuse anymore, as there will always be tourists, I built up the courage to get ready to bump into other hundreds of tourists in pursue of a good and original photo. 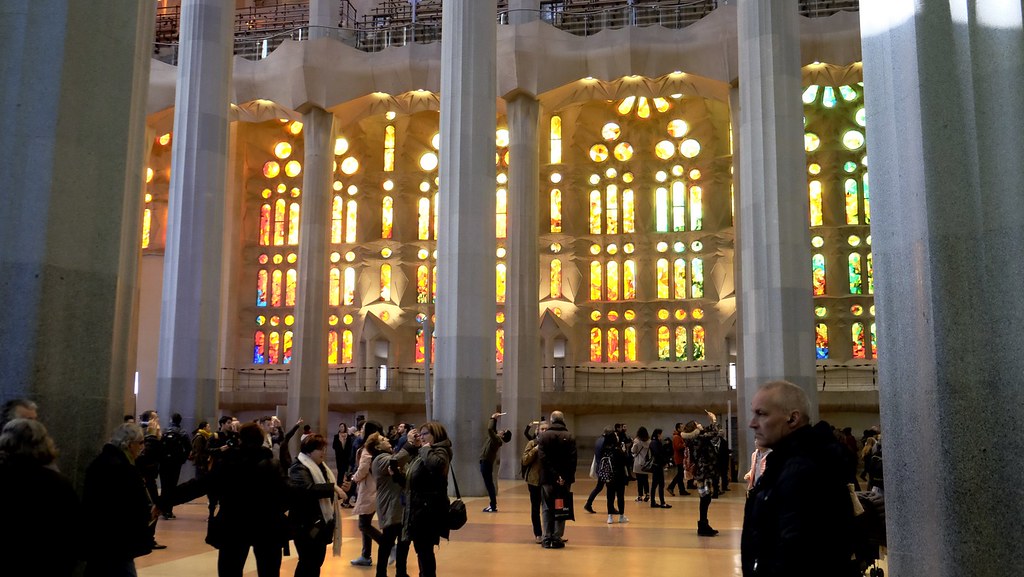 Natural light coming from every wall and corner inside Sagrada Familia. 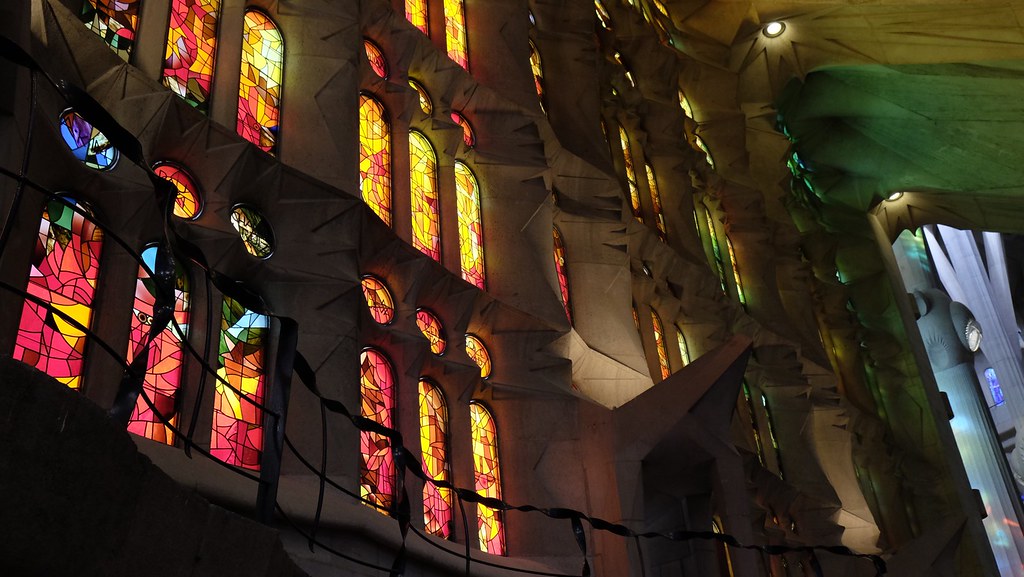 Diverse colors from the stained-glass windows inside Sagrada Familia. 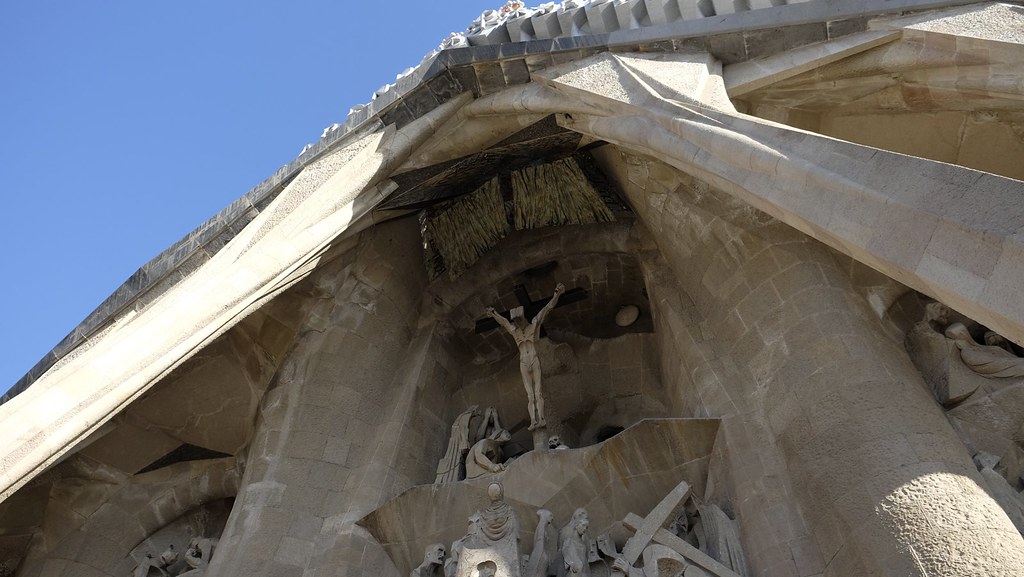 Details of the Passion facade. 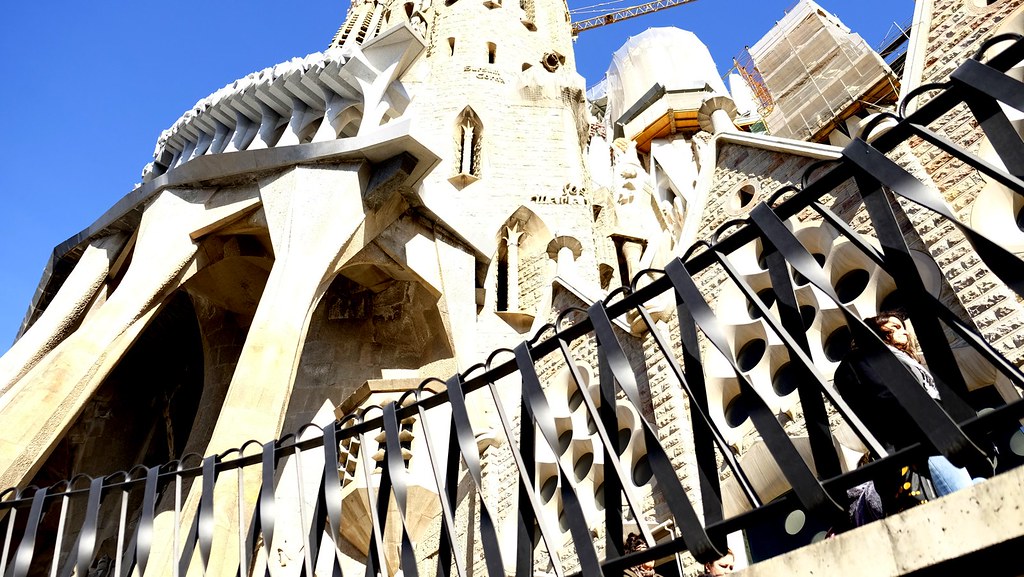 Passion facade side of Sagrada Familia.

How to get there
Located in the Eixample, the main entrance is on Marina street. The closest metro stations are on lines L2 i L5 Sagrada Família station. Opening hours start at 9:00AM. Closing times are different between seasons, being the earliest closing time on winter at 6:00PM. Check for more info. 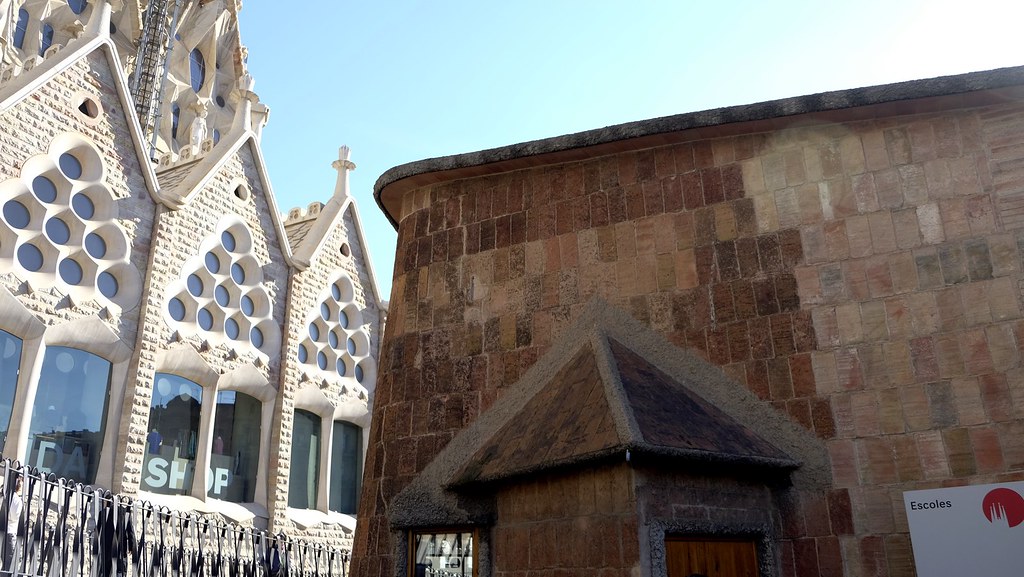 The old school building still stands as a reminder of history. 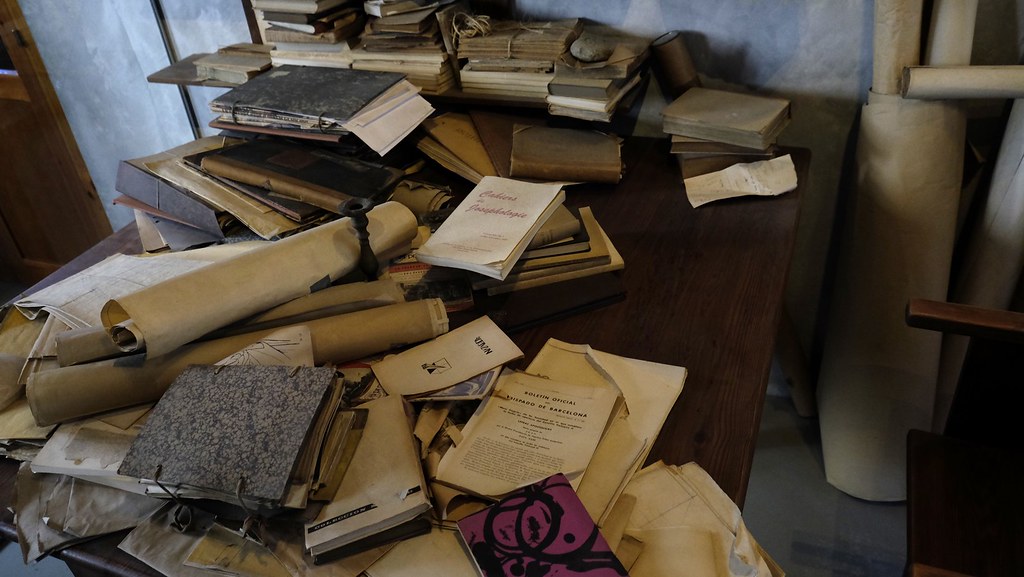 Inside school of Sagrada Familia, books and papers from old times. 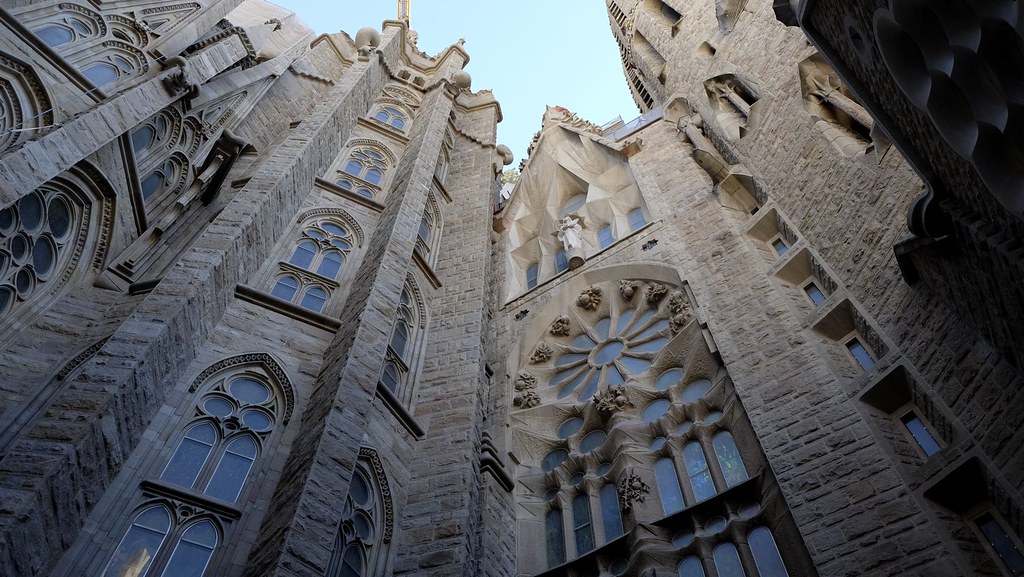 Into the crypts of Sagrada Familia.