The Ginkakuji temple, located in Kyoto, is a silver pavilion, as “gin” refers to silver by its colour. In 1482, shogun Ashikaga Yoshimasa built his retirement villa on the grounds of today’s temple, modeling it after Kinkakuji (Golden Pavilion), his grandfather’s retirement villa. 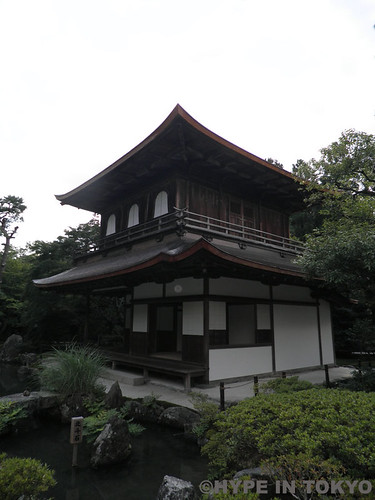 Even though the Ginkakuji was built with dark walls, it was by the falling of the dark in favour for the silvery colour reflected on the pond, that gave it the nickname of silver. The villa was converted into a Zen temple after Yoshimasa’s death in 1490. Like Kinkaku-ji, Ginkaku-ji was originally built to serve as a place of rest and solitude for the Shogun. The pavilion’s contain a statue of Kannon, the Buddhist goddess of mercy. 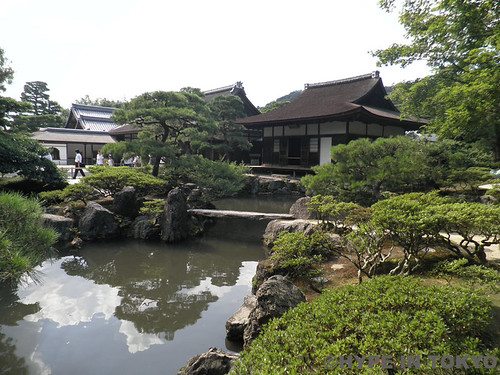 Togudo, the other temple building in ginkakuji area.

The walking route on the gardens allows you to see the rest of the temples and views of the city. 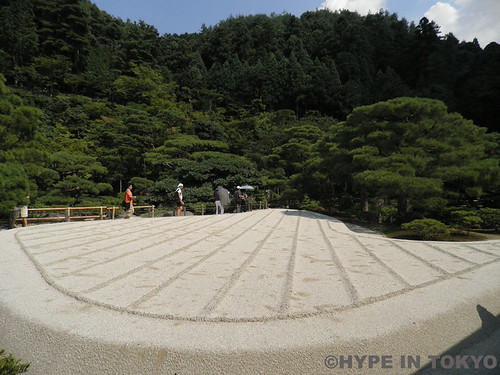 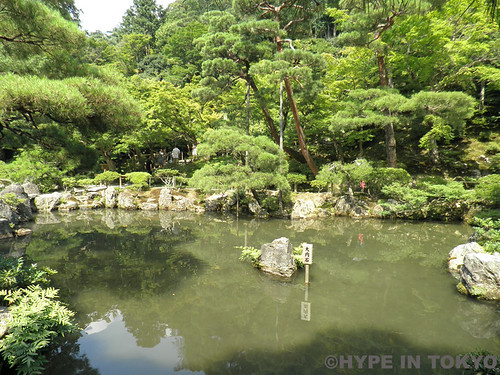 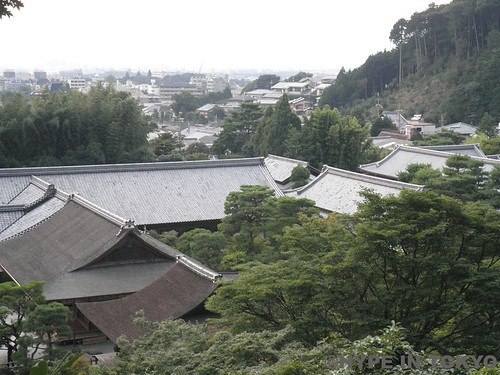 Views of the city of Kyoto from Ginkakuji.