Day trip to Arenys de Mar, seafood and walking around the old town

This year felt like winter never really came to Barcelona, and soon it will be the time to take the route to the beach. Warming up for summer, we rode our Harley Davidson to, on my first group road trip of the year. An early morning route from Barcelona to Costa Brava through the Catalan coastal range. Keep reading to know more about this city escape to Arenys de Mar, and take a glimpse to the streets of the old town in Arenys de Mar. 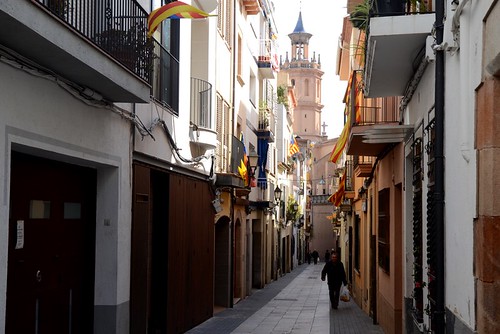 It was quite cold in the morning until we arrived near to the coast and got warmed by the sun and the sea breeze of Arenys de Mar. Actually, too much sun and warm for mid February. I had to get rid of most of my winter clothes once we parked our motorbikes in next to the harbour, for breakfast at Restaurant del Port.

Special thanks for the following photo to Sgproduccionesbcn photograph for the take on route. You can check out his amazing photo gallery on instagram and facebook.

How to arrive
In case you’re willing to go to Arenys de Mar, it’s only at 40Km from Barcelona. By road from the road N-II or the C-32 highway. By train, it’s a 50 minute ride from Plaça de Catalunya station in Barcelona. 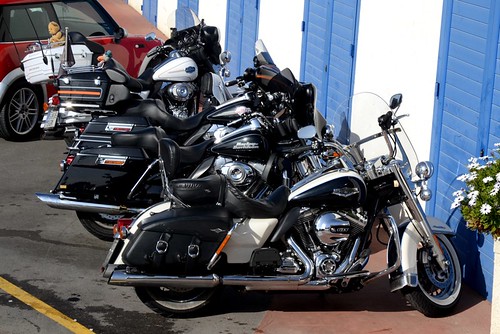 Our Harley Davidson line up in front of Restaurant del Port in Arenys de Mar, Catalunya. 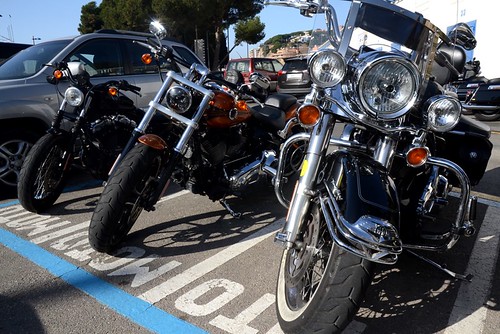 Our Harley Davidson line up in front of Restaurant del Port in Arenys de Mar, Catalunya.

The hungry group of riders was ready to chomp on seafood after the morning route. Mules, sardines, anchovies and so were really delicious. Thumbs up for the sardines, best of what I tried from the menu. 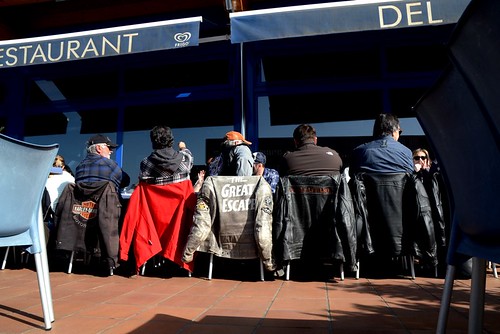 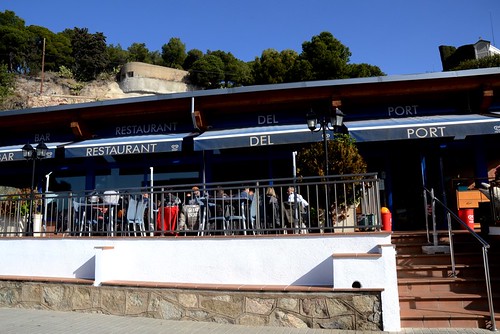 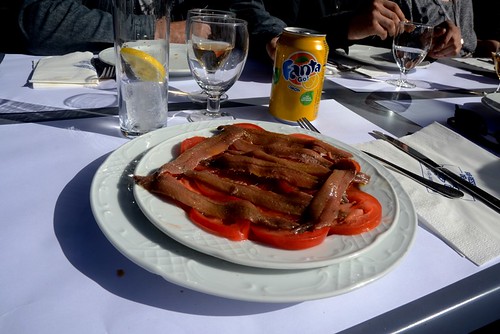 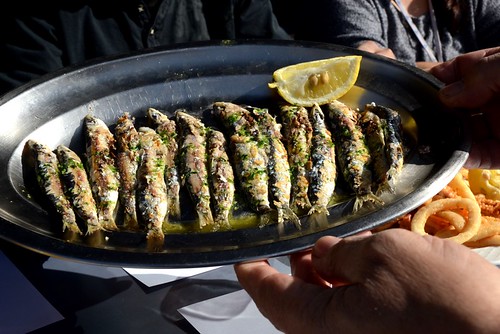 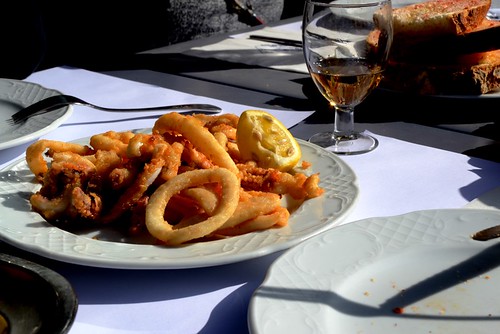 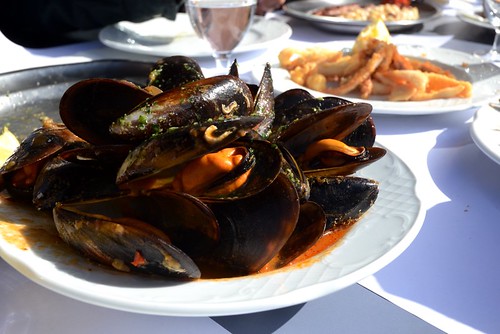 The old town route in Arenys de Mar
After breakfast, everybody left to their homes, but I stayed to walk around the city. It has been probably more than five years since my last time and I felt like walking around the old town, accompanied by the warm sunny day. Right at the beginning of the main avenue, there’s a route map to follow the main spots of Arenys de Mar for a good sightseeing walk. Once I memorized the route I headed to start by the Town Hall and into the side streets.
On the main route, it’s possible to see some medieval towers remains, fused with the other buildings. It’s a curious experience to figure out the story of what happened through history and how most of the remains were standing until now. 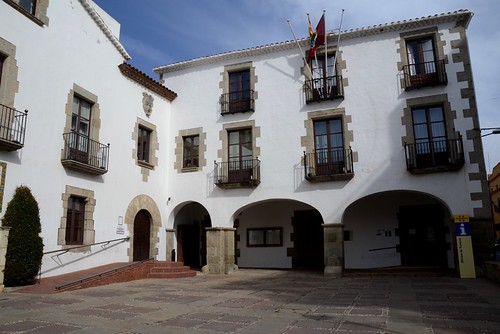 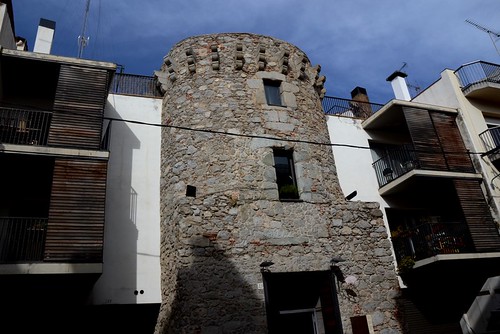 I followed my way through the streets, and stopped again at the church of Sta. Maria. Inside the church there’s a masterpiece from the baroque period, one of the most important pieces of the Catalan baroque. 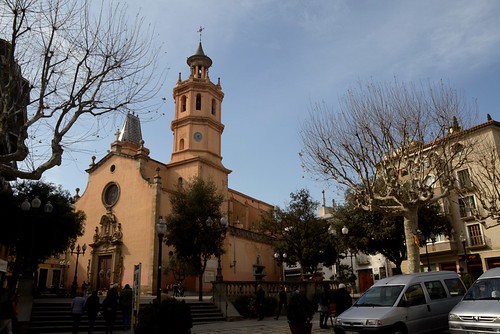 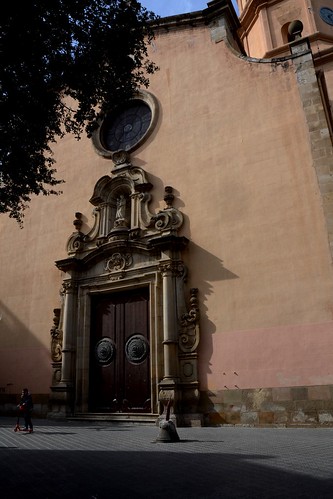 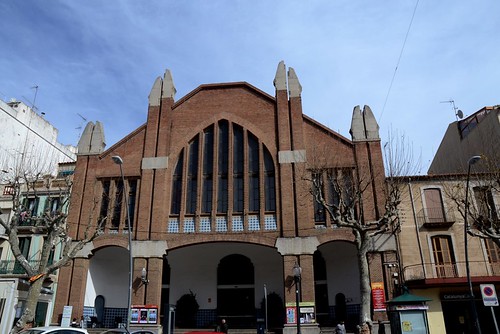 Because it was Sunday, many of the places were only open in the morning, so when I started my route, almost everything was closed. 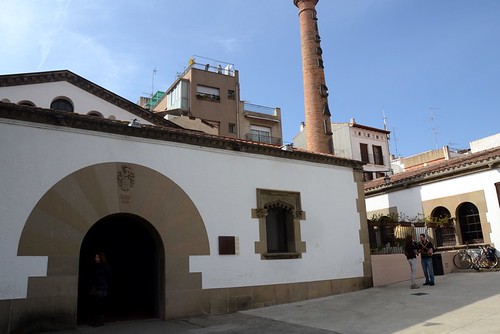 Continued on the main avenue until I passed next to the old liquor factory of Calisay, now a cultural center, and went upstairs to the Edifici Xifré to get better views of the gardens. The Xifré building, neoclassical style, was built by Josep Xifré and given to the town as a hospital for the poor. From here, it was time to go back down through the side streets on the way to the church and back to the starting point were I parked my Nightster. 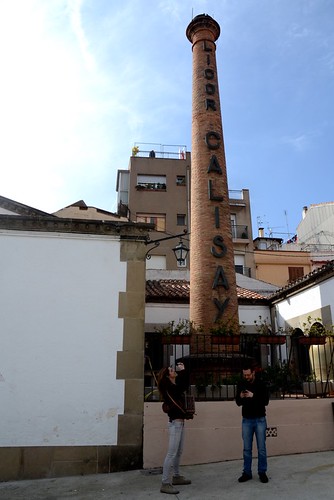 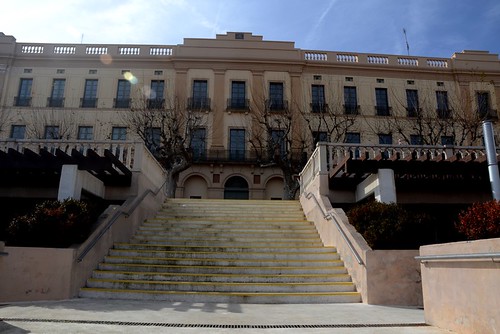 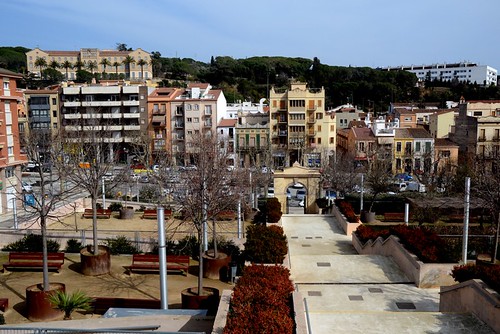 Views of the gardens and streets of Arenys de Mar from Edifici Xifré. 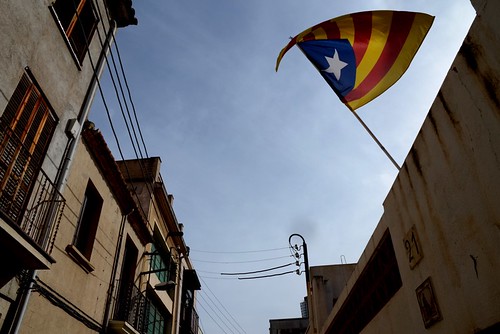 In Arenys de Mar there’s more to do than visit the old town on a walking tour. Leisure and activities by the sea will take off soon with the start of the spring and summer season. In the meantime, is time to enjoy the warmth of this early spring and a good plate of seafood next to the sea. To know more about Arenys de Mar and what to do, don’t forget to visit their website Visit Arenys 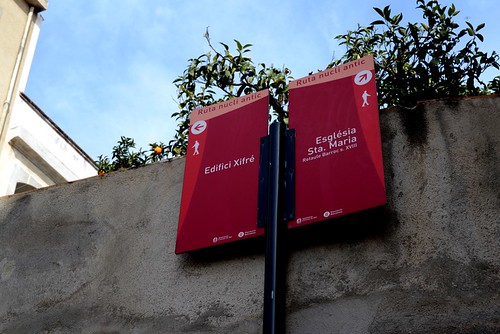