Breakfast with snakes in Tokyo

The young lively district of Harajuku is the last place one could think of sipping a coffee with the company of snakes. Remember, I’m talking about a district in Tokyo, where any kind of Cafe you could imagine exists. Do not fear, Tokyo Sanke Center is secure and non-poisonous. Just sit and enjoy the company of the snakes. 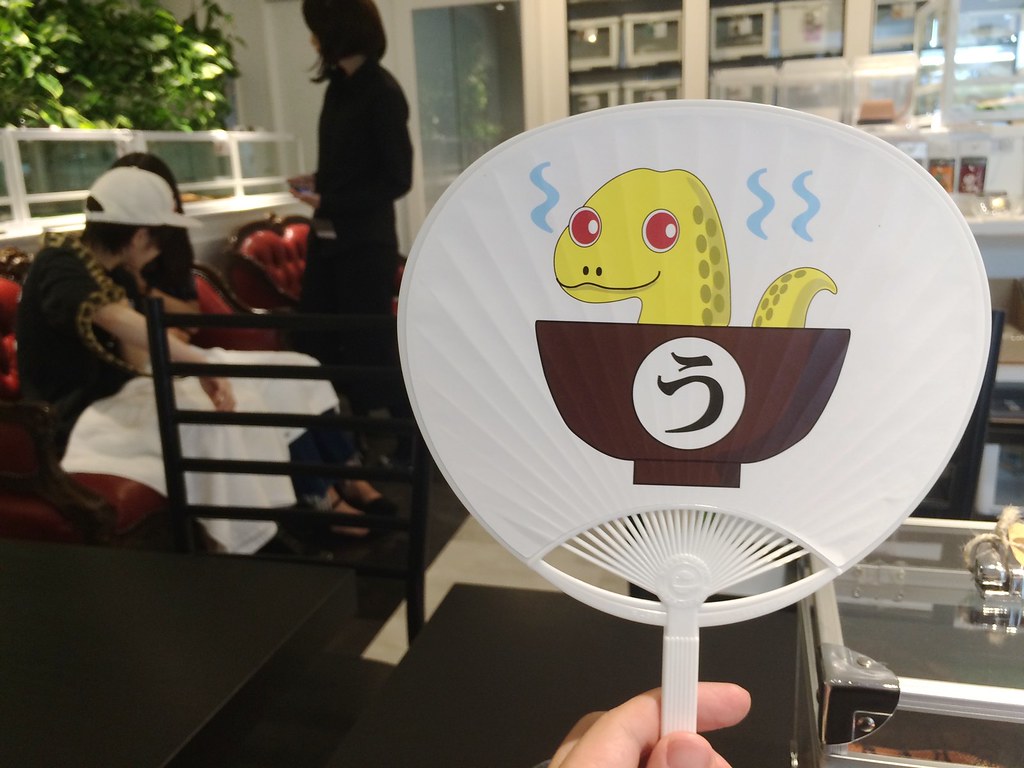 The concept
Once I entered the place, one of staff members came to welcome me to the Cafe. On a first glimpse, I couldn’t see any of the snakes, as the entire collection is kept inside safe boxes well placed in the local. The staff member introduced herself, and the Cafe with the lunch and snake options. As a first visit, I rodered an orange juice and the company of Nijiko, a brazilian rainbow boa. Paid ¥1,000 at the counter plus the extra ¥540 fee to have the chance of hold another snakes during my time in the cafe. The staff and my “attendant” snake Nijiko led my to a table. Nijiko was inside the box observing my movements, I was captivated by its bright colors dancing with different lights. No wonder it caught my attention to the point of wanting to adopt a snake. That’s an option too at Tokyo Snake Center. One can make a donation to “adopt” a snake to make sure they treat it well and is well fed. 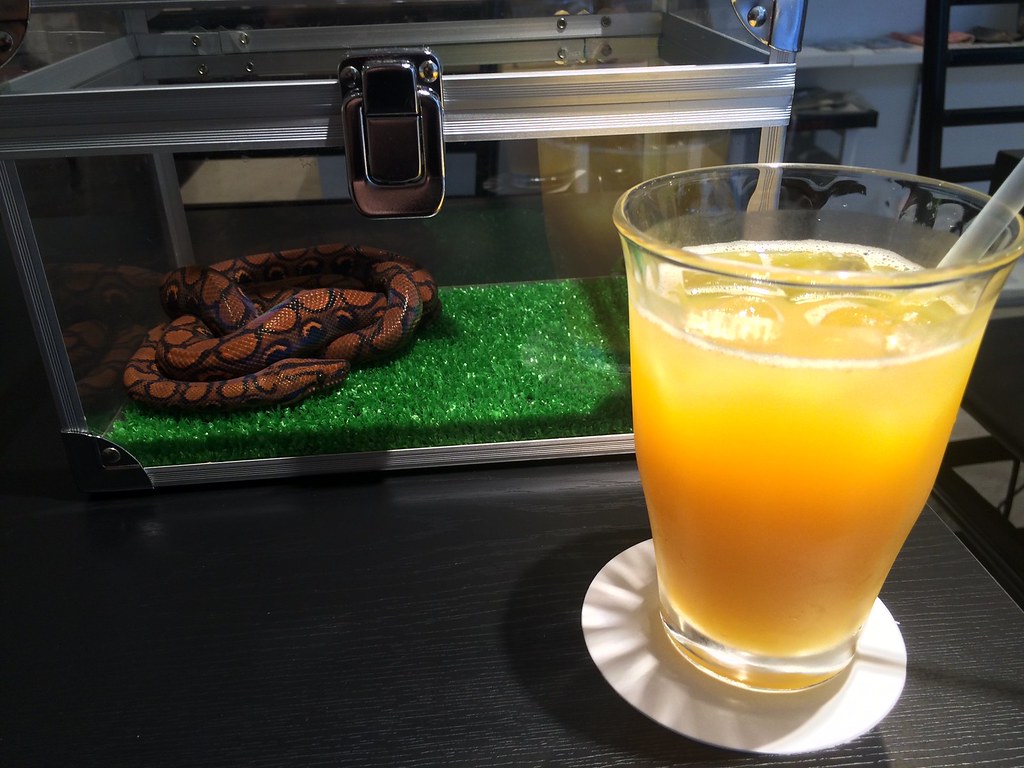 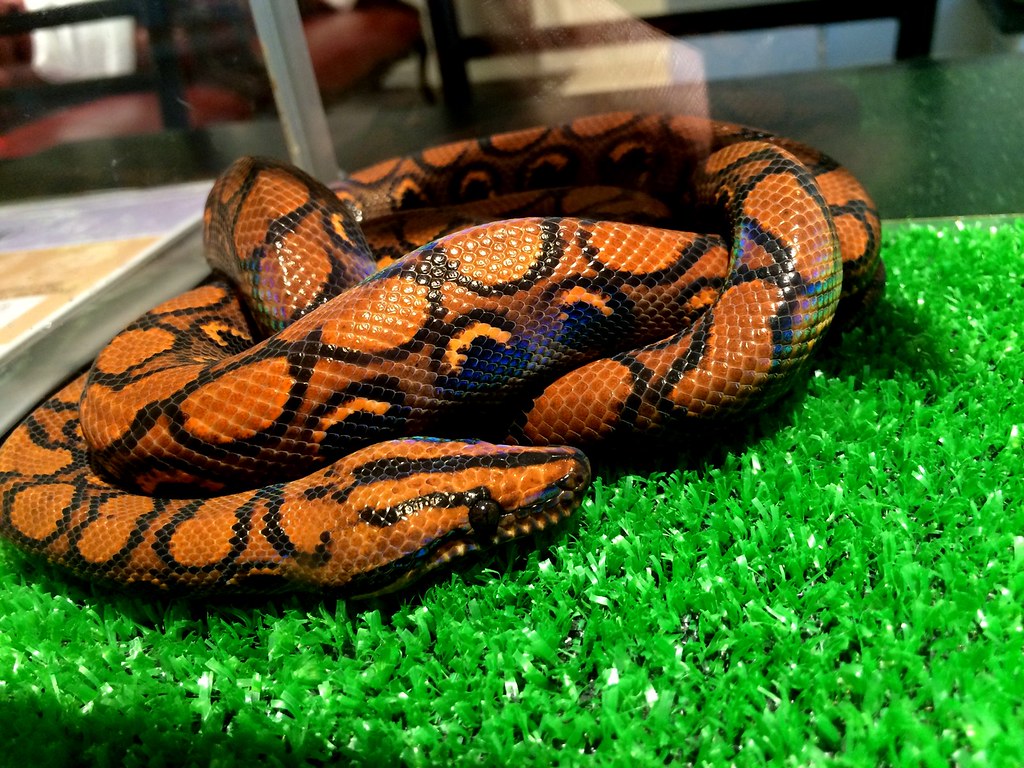 Nijiko, one of the attendant snakes at Tokyo Snake Center.

Extra service
After a while, the staff called me to get a hold of the other snakes. After getting introduced to all the possibilities, I decided to spend some time and learn a bit more about Taisho and Jagger. The staff told me everything about alimentation, life and habitat of both snakes, and also it’s personalities. Turned up, I chose the two grumpy snakes, according to my own grumpy nature. Even that, the staff was surprised as both snakes seemed relaxed with me. Usually they are trying to escape from other guests hands, but Taisho got attached to my arm. On top of that, I won a staring contest with Jagger, the biggest snake in the Cafe, and the staff member just told me that usually she has to advice to guests to don’t look straight to Jagger eyes. Perhaps I should consider a new career at Tokyo Snake Center? I sure would love it. 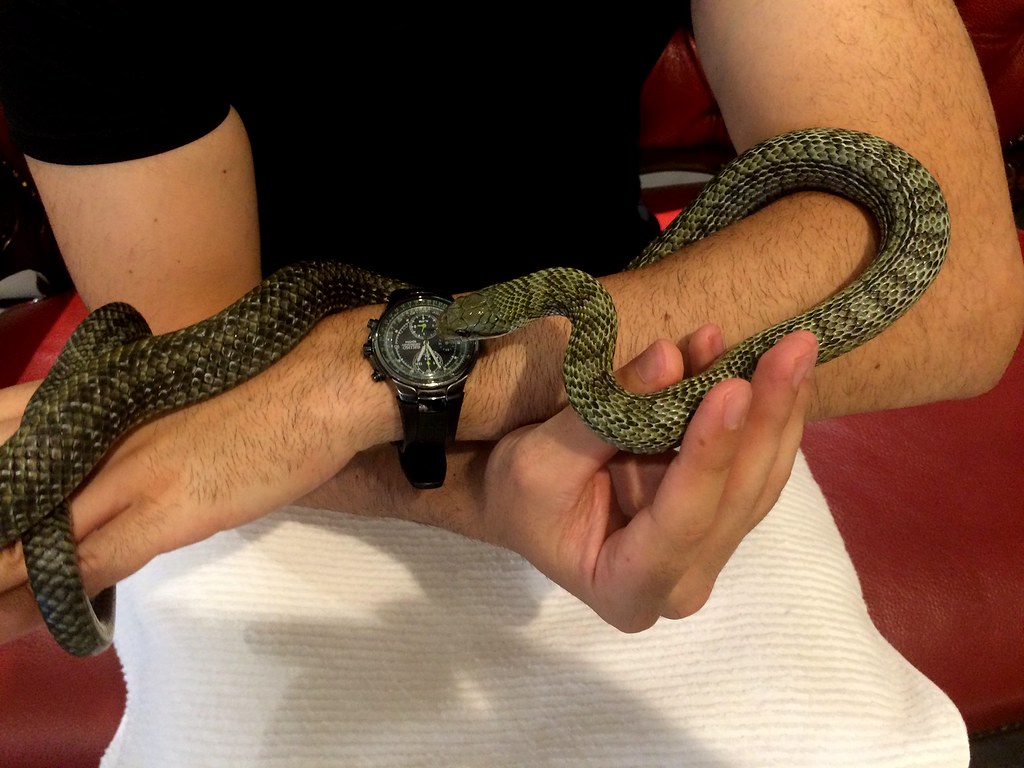 Taisho, somehow got attached to my watch. 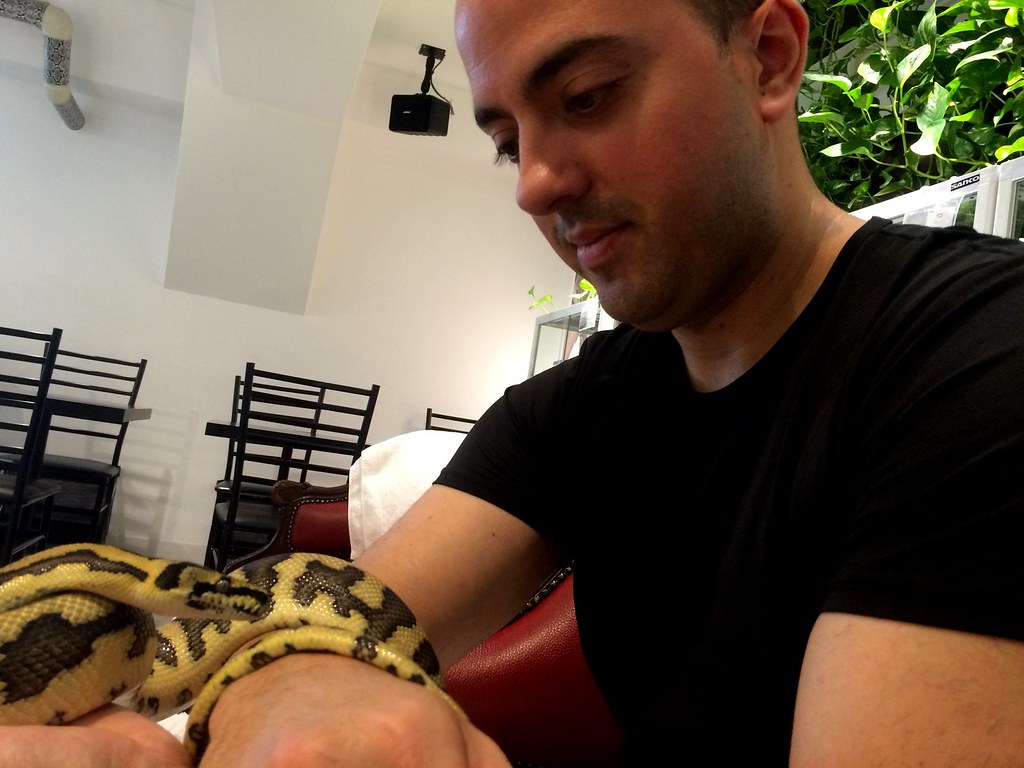 How to get there
Took me a couple of checks at Google Maps to be sure I was in the right place. The entrance to the building itself is hard to find, and Tokyo Snake Center is on the 8th floor. Take the Ichiran Ramen restaurant as reference for the entrance building.